The festival kicked off on Wednesday night with the documentary about the seminal 1994 album “Illmatic” by Nasir Jones, better known as Nas. 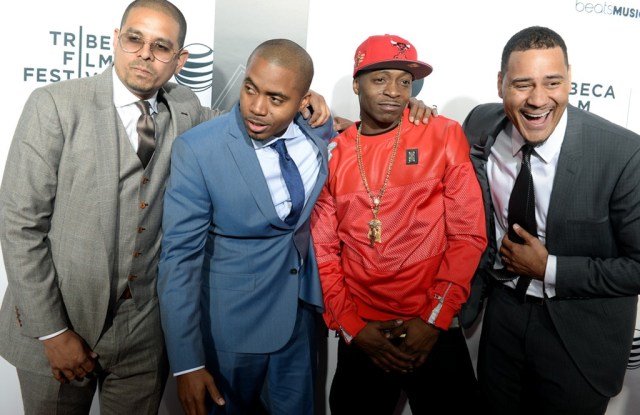 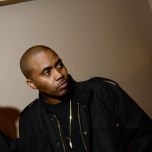 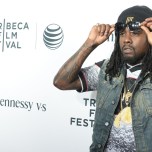 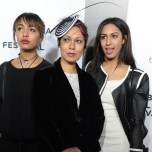 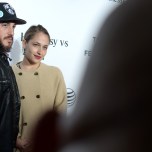 The Tribeca Film Festival opened Wednesday night at the Beacon Theatre with a tribute to a legendary emcee.

It was the world premiere of “Time Is Illmatic,” a documentary about the seminal 1994 album “Illmatic” by Nasir Jones, better known as Nas. Directed by One9 and produced by Erik Parker, the movie is being released alongside a 20th anniversary reissue of the rapper’s first album, which has held its place on best-of lists and set a benchmark for the genre, despite lack of commercial success at the time. Nas himself is a different man than the provocative rapper he was in the Nineties, mellower, more reflective. He is now 40, a father of two who in 2012 released a heartfelt song called “Daughters” and last year appeared in a Christmas movie called “Black Nativity.” He has even settled old feuds with the likes of Jay Z — they performed together at The Coachella Valley Music and Arts Annual Festival this past weekend. In short, he is enjoying the spoils of being one of music’s elder statesmen, like basking in the attention of some of his famous fans — Alicia Keys, Jemima Kirke, Wale, Fab Five Freddy and Raekwon of Wu-Tang fame as well as festival cofounders Robert De Niro and Jane Rosenthal.

“Sometimes it’s only right to come through and see such [figures] as the Don right there, sharp as hell,” said Raekwon, gesturing toward Nas, who was on the carpet clad in a distinguished-looking blue suit.

Nas’ brother, Jabari “Jungle” Jones, steps out of his sibling’s shadow in the film, playing a pivotal role in providing a glimpse into the culture of urban life in the early Nineties that shaped a burgeoning rap movement. “I wore a red shirt because this is my first time doing red-carpet interviews, so I wanted to match the carpet,” said Jones. “I bought this so fast today. World premiere for the world premiere, red-carpet style.”

Rosenthal said the film was selected for the opening night because both the rapper and the festival share a sensibility.

“To tell the story of an artist who has survived and thrived in a rich culture, it’s spectacular,” she said. “What we all have in common is community and telling stories, whether it’s through music or film, to show our similarities as well as our differences.”

After the screening, Keys played a piano rendition of “New York State of Mind” before Nas, who had changed out of his suit, walked onstage in an all-black get-up with a bottle of Hennessy in one hand, microphone in the other. Maybe old habits die hard.

He went on to perform his first album in its entirety, calling out praise to the cast of producers, rappers, friends and family who helped establish his place in hip-hop — with a special shout-out to De Niro. “He plays me all in those movies,” the rapper said in jest, noting the significance of his documentary’s place in the festival. “My pops come out. He don’t come out for nothing. This is major.”

The crowd then moved to the after party at Hell’s Kitchen nightclub Providence. Nas posed next to a giant cake replica of the Queensbridge public housing development where he grew up before he once again disappeared from the public eye and, like the don he is, retired to the heavily guarded, entourage-only VIP room.