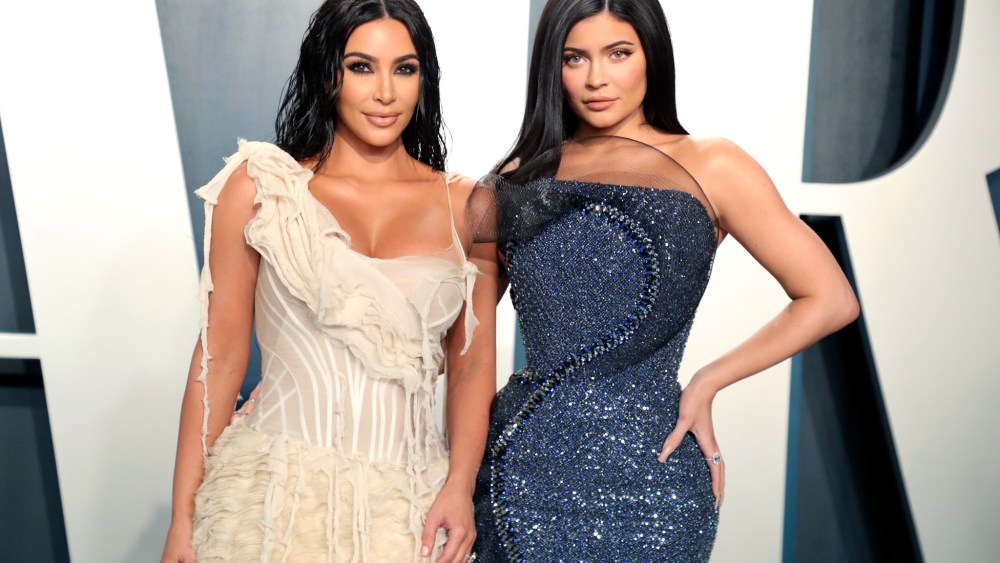 Camila Morrone, sans boyfriend Leonardo DiCaprio, interjects. “She’s too old for you,” she said, grabbing his arm as they bee-lined for the exit with Hailey Bieber in tow. A bold remark coming from the 22-year-old, considering DiCaprio is 23 years her senior.

Morrone and Bieber had stomped around the party — Vanity Fair’s annual Oscars bash in Beverly Hills on Sunday — like it was a Victoria’s Secret catwalk. “Guns blazing,” remarked a reporter.

By 11:30 p.m., the strict arrival time given to journalists, many were on their way out.

“Is that the exit?” asked Tracee Ellis Ross before making one. Greta Gerwig and Noah Baumbach had also just left.

Brad Pitt, Renée Zellweger and Laura Dern, winners of the night, had all come and gone, as had Reese Witherspoon, Kate Hudson, Demi Moore and Ava DuVernay — as well as Kanye West with Kim Kardashian and Kylie Jenner.

Where were they off to?

The “Parasite” cast celebrated their wins — Best Original Screenplay, Best Director, Best International Feature Film and Best Picture — at their own affair at Soho House, while Sir Elton John and David Furnish toasted the singer’s Best Original Song snag at their annual viewing party. The hot ticket, of course, has been Madonna’s uber-selective soirée, held in the home of manager Guy Oseary for over a decade. But Beyoncé and Jay-Z have entered the scene, taking over Chateau Marmont for the second year for their “gold” fête.

“Only @beyonce could get me out of the house past 11pm,” Witherspoon captioned a photograph taken at the shindig, which — like Madonna’s — is press-free. Natalie Portman also came out, as did Charlize Theron, Travis Scott and the Kardashian-Jenner clan.

The party was far from over at Vanity Fair’s though, held at the Wallis Annenberg Center for the Performing Arts. There were familiar faces at every turn, including Best Actor winner Joaquin Phoenix. Oscar in hand, he received praise for his win and eloquent speech alongside girlfriend Rooney Mara. “Congratulations,” Billie Eilish, who performed during the show’s memoriam tribute, told him.

Later, Eilish was the one receiving love. “You’re wonderful,” Salma Hayek told her outside, where guests smoked and mingled by heat lamps. Chaka Khan stood solo, cigarette in hand, eyeing the crowd.

Photographs taken from the night reveal Ava DuVernay and J.J. Abrams having a drink together; Usher snacking on an In-N-Out burger; Joe Manganiello snapping a selfie with Marilyn Manson, and Tessa Thompson, Amandla Stenberg, Antonio Banderas and Greta Gerwig all letting loose on the dance floor. Gerwig, in fact, had taken off her heels. By midnight Khan had done the same, getting down to Earth, Wind & Fire’s “Let’s Groove” in her dress and nude pantyhose. When the song ended and switched to the Jonas Brothers’ latest single, she grimaced before shrugging and carrying on.

“We were saying, this is the hottest party and no one has their phone out,” shared a photographer. It was true; cell phones were generally out of sight. Though, as the night was winding down, one guest made sure to ask Scarlett Johansson and Colin Jost for a selfie. It was close to 1 a.m., and the two had been sitting quietly together; Johansson sipped on Champagne, as Jost munched on a burger.

They soon called it a night, as did Billy Porter, who was impossible to miss in a bold, oversize hat. Still hanging though were Elizabeth Banks, who was chatting with friends; Joey King, looking animated with Bobby Berk, and Sydney Sweeney, who stood by the bar wearing a voluminous Ralph & Russo gown.

By 1:39 a.m. Paula Abdul was getting into her car, as was Diane Lane. Florence Pugh, nominated for Best Supporting Actress for “Little Women,” stood waiting for hers with a group of friends and boyfriend Zach Braff.

The actor amused himself, repeating names the valet announced. Some time passed before an attendant yelled again: “Zach Braff!”

“Your car is not here. You’re a wonderful actor though.”