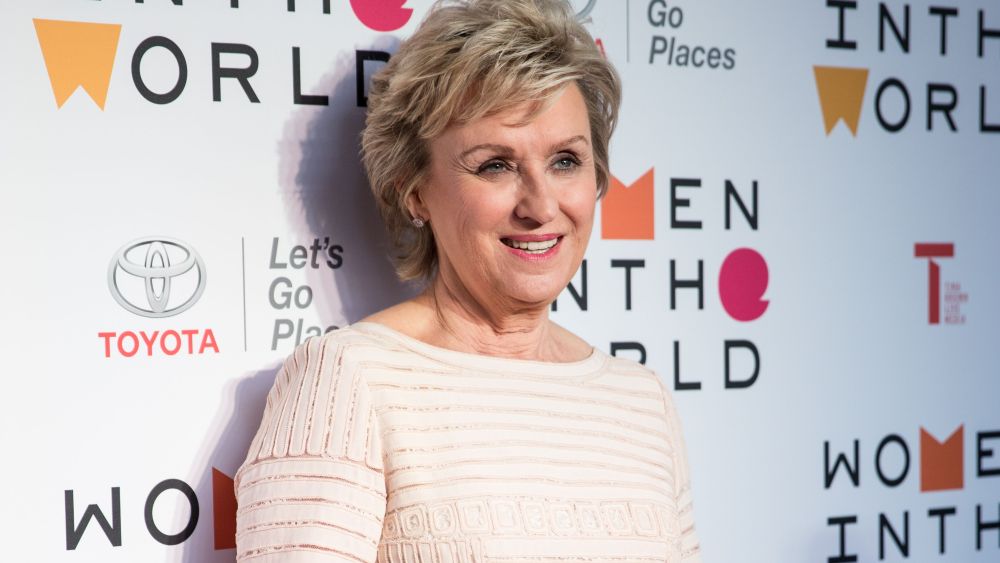 Tina Brown’s annual Women in the World summit made full use of a revitalized women’s movement.

There was an opening “drum beats of activism” dance by tap group The Syncopated Ladies, which started out to the audio recording of Harvey Weinstein propositioning and attempting to get model Ambra Battilana Gutierrez into his hotel room after she confronted him about groping her during a meeting, that started off three days of seemingly less exploitative discussion on everything from sexism in the restaurant industry to systematic rape being a strategy of war abroad.

Brown promised a “remarkably intense weekend,” but, to the event’s credit, it offered more than just a firsthand overview of women’s issues. Most of the panels managed to bring up solutions for the sometimes extreme issues women around the world face.

Leymah Gbowee, an activist and Nobel Peace laureate who’s credited with ending in 2003 Liberia’s second civil war by organizing women, described the pragmatic way in which she approached getting women of 16 different and opposing religious faiths and local ethnic groups to participate in silent protests and even a sex strike until there was peace.

“When we would gather the women, the first thing we asked them: ‘If a group of men came in this room to rape you, would they be asking the Muslim women to go on one side and the Christian women to go on the other side?’ And the answer was, ‘No,’” Gbowee explained. “Then we’d ask: ‘If there was a shooting in this room, would the bullet pick a Christian from a Muslim?’ And the answer was, ‘No.’ So, we’d ask, ‘Why don’t we just do peace collectively?’”

Gbowee also noted the risk she and other women protesting put themselves in by doing so out in public, even confronting Liberia’s then president Charles Taylor, who’s now serving a 50-year prison sentence after being convicted in 2012 by an international tribunal of numerous war crimes and crimes against humanity. She urged activists everywhere to avoid the widespread slacktivism abetted by social media culture.

“[We started] with seven women in a room with $10, we put out a statement, but we named ourselves, and that’s something about starting a movement…a lot of the activism in the world today is lazy activism,” she said. “You sit behind your computer, you use pseudo-names, no one knows who you are, you bash something, you sign statements online and say ‘We are activists’ — no,” Gbowee said. “We named ourselves and the next day every media outlet wanted to know who these crazy seven women were in Taylor’s country…you have to be crazy to do these things, but once you do, people tend to have confidence in you because you’re putting yourself out there.”

There’s no denying that the #MeToo movement took off last year as famous women started going on the record with accounts of Weinstein’s aggressive sexual advances and propositions, but there’s also no denying that doing so is a real risk to their personal lives and career.

Asia Argento, the Italian actor and director who was the first to publicly accuse Weinstein of rape and talk about the psychological complexities of her subsequent personal and professional relationship with him, said, had she come out about it around the time that it happened in the Nineties, “I would have killed myself.”

Argento, speaking on a panel with the model Gutierrez and Laura Boldrini, a member of Italian Parliament and former president of its Chamber of Deputies (akin to the House Speaker role in the U.S.), moderated by author and journalist Ronan Farrow, about the vicious response to women’s harassment and assault allegations in Italy, said even now she considered leaving her longtime home of Rome. Argento, Gutierrez and Boldrini have all been smeared by the media, shamed in public and threatened with violence, with Boldrini actually receiving a single bullet in the mail sent to her home after she made women’s rights part of her political platform.

“What’s come out of Italy, that was so disgusting, so purulent, I felt it was a wound that we stuck our finger in and it needs to be healed,” Argento said. “This misogyny that’s come out [against us] it’s a malady, an illness that needs to be cured.”

While famous women deciding to speak out and name names has certainly emboldened those with similar experiences in many industries, Diane von Furstenberg, speaking on a panel led by Katie Couric about advancing women in business, said in the role of mentor, “The best gift you can give anyone is making them understand that the strength comes from themselves.

“Yes, I’m here talking, but don’t think that I don’t wake up often and think, ‘I’m a loser.’ I do and we all do,” von Furstenberg added. “But when I do feel like a loser, this is what I say to myself and I say it loud: ‘When you doubt your power, you give power to your doubts.’”