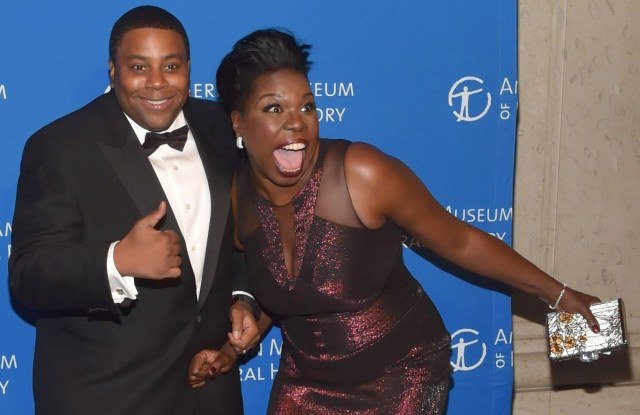 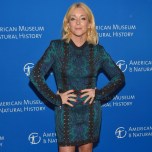 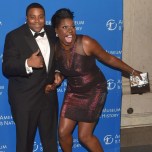 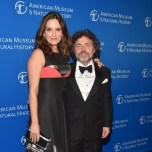 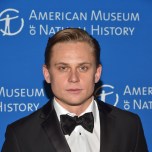 “The Hall of Gems is kind of like a hidden gem,” said Tina Fey, speaking from the foyer atop the stairs leading into the American Natural History Museum. “Everyone’s like, ‘Oh I want to see dinosaurs,’ and I like the hall of gems.”

Fey, along with husband Jeff Richmond and Lorne Michaels, were on chairmen duty for the museum’s annual gala, and had brought with them a procession of SNL alum — Kate McKinnon, Alec Baldwin, Kenan Thompson, Leslie Jones, Colin Jost — as well as Steve Martin and even Bill de Blasio and a baseball player for the Mets, all there to support the museum’s public educational initiatives.  “Especially at this time, it feels like a very apolitical museum,” said Jost. “It’s just dinosaur bones and a survey of culture.”

McKinnon, who recently finished election season, during which she portrayed Hillary Clinton, was prime selfie bait for the night. Bill de Blasio, an actual politician, was a less popular photo opp as the crowd wove their way through the Hall of Biodiversity and into the whale room for dinner. Unfortunately for Fey, the gem room was not open.

“Everything in New York City is expensive,” said De Blasio, stating the obvious from onstage as guests set into the first course of their Mario Batali-created meal. “To make this place greater all the time,” — a riff on the current vernacular of making things great? —”one thing that is so clear is that there are so many people in this city who have done well, and who have done well for others,” he continued. “In good times and bad, that’s one of the eternal realities of this city: people who love it so much that they give back to it constantly, and deeply.”

After dinner, Seth Meyers warmed the crowd up before the auction. “I don’t have a fresh take on Pangea. I’m out of whale jokes. I need them to rotate the mammal that they hang from the ceiling,” said Meyers, a frequent speaker at past AMNH gala. “Lorne asked me to do this and I couldn’t say no. In his defense, it’s not like he knows a lot of comedians.”

One thing’s for sure, Michaels definitely knows how to bring out a deep-pocketed crowd — the gala raised a record-breaking $4 million.