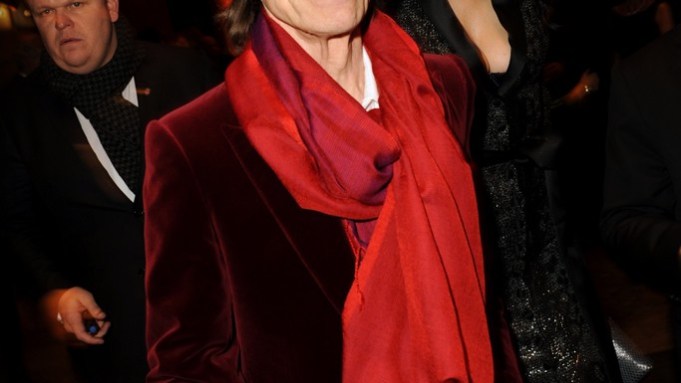 Lorne Michaels holds some sort of sway over most of Manhattan’s funniest folk. He’s also a perennial booster of the American Museum of Natural History. So with more than 700 attendees turning up to the Upper West Side institution Thursday night for its annual gala, sponsored by Graff Diamonds, the comic quotient was ample with both current and former “Saturday Night Live” cast members — many directly from the set.

Nasim Pedrad and Bobby Moynihan had both borrowed their black-tie best (hers was Badgley Mischka) from the “SNL” costume department, as had Jason Sudeikis, who beelined toward the bar upon arriving. The cast contingent circled up by the bar area, graciously posing for gawking fans toting iPhones, while most guests sipped rosé, drifting around the recently revamped allosaurus vertebrae and towering brontosaurus sloped spine doing battle at the rotunda’s center.

Moments before the dinner gong rang, a breathless Olivia Wilde blew in. “Getting up the stairs was a challenge, but I made it,” said the actress, wearing a Dolce & Gabbana floor-length showstopper. “I’m actually trying to find my boyfriend. Oh, I found him,” she said giddily after spotting Sudeikis, whom she greeted by purring, “Hi, baby,” and planting one on him. Though the couple shooed away photographers (they only bristled, apparently, at being snapped midnuzzle), their mutual affection was unfettered, and prompted one partygoer to observe, “Look at that, full-on make-out session.”

Revelers wandered into the Milstein Hall of Ocean Life, where tables were stationed underneath the 94-foot-long blue whale. Mick Jagger and L’Wren Scott snuck in just as everyone was seated. Tina Fey gave her riotous opening remarks as the night’s emcee, or, as she put it, the fill-in.

“The museum’s original hosts, David Petraeus and Elmo, had to drop out due to dehydration,” she deadpanned.

At least one of Michaels’ regulars favored that other Central Park-abutting cultural institution on Thursday, as Seth Meyers was at the Metropolitan Museum of Art’s Temple of Dendur for its ninth annual Apollo Circle Benefit. The “SNL” head writer revealed plans to spend Thanksgiving in Amsterdam as part of a long-standing family tradition, reflected on his “Weekend Update” jab about the ubiquitous Petraeus scandal. “It was a real kill shot of a joke,” he said. “Now that we have to write actual sketches about it, it’s a lot harder.”

Among other attendees at the party, which benefited the Metropolitan’s Fund for Art Conversation, were Hannah Bronfman, Lauren Remington Platt, Jessica Stam and Hilary Rhoda, all dressed by sponsor Carolina Herrera. Guests mingled throughout the Sackler Wing while a silent slow-motion video of starfish and octopi screened on the wall, which received both perplexing and mesmerizing reviews from viewers. Models posed for group photos near an elevated bar but voiced troubles with Instagram due to weak cell phone service.

“I think everybody should go to museums, and from a very young age,” said Herrera. “I used to bring my daughters when they were very little. I think it’s important because it trains your eye and it gives you something beautiful to look at.”