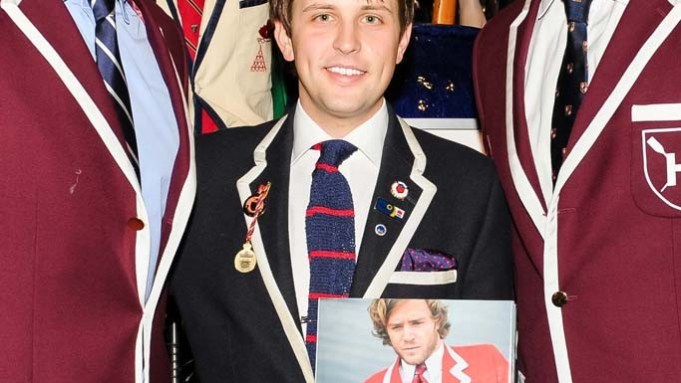 A few blocks over from the United Nations on Tuesday night, another figurehead was in town.

“You should run for mayor,” someone called out to U.S. team coxswain Jack Carlson. The rower, and current University of Oxford doctoral student, was marking the publication of his new coffee-table book, “Rowing Blazers,” and he was in high demand. Carlson couldn’t take a step without someone stopping to praise him or run for office or both. “I think you are going to be like mayor tonight,” mused another guest standing nearby.

The rowing community at large flocked to the Polo Ralph Lauren flagship on Fifth Avenue, which was a preppy Shangri-La, even more so than usual: everywhere there were Pimms cups, mini lobster rolls, a live jazz band and charity — 15 percent of clothing sales for the evening were to benefit Row New York, a charity targeting youth.

Carlson’s book showcases the traditions around the team blazers worn by various elite rowing clubs worldwide. His own navy jacket was appropriately festooned with various pins and medals.

“Rowers who have their blazers are always dying for a reason to be able to break them out,” he said. “You can’t just necessarily wear this to any old dinner or cocktail party. People love the opportunity to be able to take it out of their closet, whether they rowed at Henley last year or rowed there 60 years ago.”

He was swimming in a sea of blazers — maroon, chartreuse, baby blue, rainbow-striped, made from curtains. “That’s kind of the idea. The more ridiculous, the better,” Carlson said as he took a look around. The Winklevii, Cameron and Tyler, those avatars of Wasp culture, loomed large on the second floor.

“We have a Harvard blazer, a blazer from Oxford, and then our Olympic team blazer,” explained Cameron, in maroon. “Maybe we’ll change halfway through,” Tyler said. “It’s a really hard thing to earn. Not every rower gets [a blazer],” he paused and said solemnly, “It’s an honor.”