The Museum of Modern Art made this year’s event, which benefits its Department of Film and was presented by Chanel, a tribute to the actress and fashion muse. 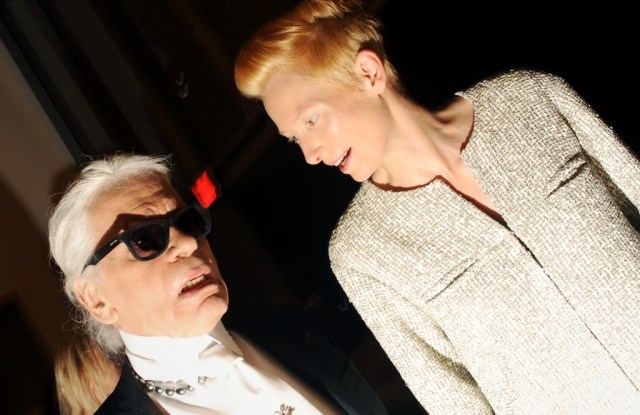 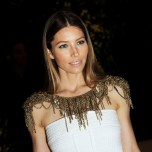 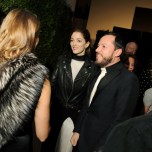 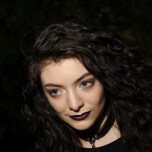 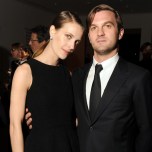 “It’s my birthday, so MoMA is throwing me a party,” said Tilda Swinton at Tuesday’s MoMA Film Benefit, a deliberate sense of nonchalance tinging her voice. To anyone in the crowd, it was clear that there were more reasons for the bash than just her 53rd year on earth. The Museum of Modern Art made this year’s event, which benefits its Department of Film and was presented by Chanel, a tribute to the actress and fashion muse, and her closest friends and collaborators came out to salute Swinton.

“I have known her for 20 years, she never dates,” said Karl Lagerfeld. “She is timeless and really perfect for fashion. I haven’t found something bad about her yet.”

“She has an amazing, effortless transparency as an actor so that things come through her very easily,” he said. “She has this enormous power and carries it with ease.”

As for Swinton, she seemed humbled by all the attention. “Being singled out is not the most comfortable position for some of us,” she told the audience in the auditorium, where several speeches were held in her honor and a compilation of her best film moments was shown. “My old nanny always used to whisper to me before going into a party — as she still manages to do from that knitting circle in the clouds…[which] she reliably did again tonight — ‘Nobody’s going to be looking at you anyway, Matilda.’ I have the nerve to stand up here tonight only because I can see the faces of my comrades here.”

The crowd included David Bowie and Iman, Jessica Biel, Stephen Jones, Karlie Kloss, Princess Eugenie of York, Laure Heriard Dubreuil and Aaron Young, Vanessa Traina Snow and Max Snow and Lauren Santo Domingo. Lagerfeld’s usual entourage was there, too, including Amanda Harlech, Sébastien Jondeau and Brad Kroenig, though there was a glaring absence: cat Choupette. “She is here in New York but in a hotel with her maid,” Lagerfeld offered.

When Justin Vivian Bond belted out “Happy Birthday” for Swinton, the entire room sang along, and the actress was presented with a birthday cake and a special performance by Lorde.

Swinton spent much of the evening chatting with Mayor Michael R. Bloomberg, who seemed especially relaxed on the day his successor Bill de Blasio was elected. “He’s cool,” she said, adding she offered Bloomberg some post-mayoral advice. “I said, ‘Come to Scotland, and play golf and drink whisky.’ He sounded quite keen.”