WWD asked attendees if the party's theme could be taken as a euphemism for the world at large. 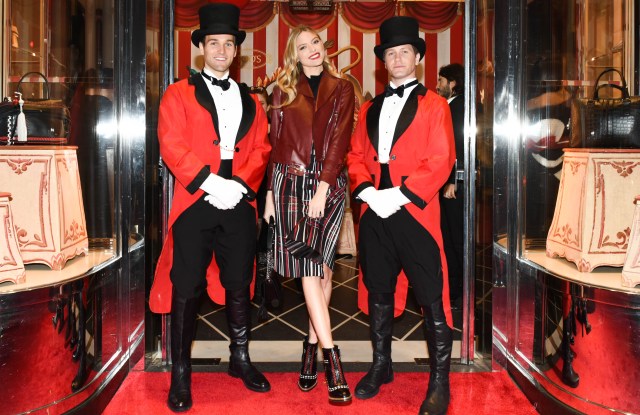 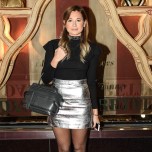 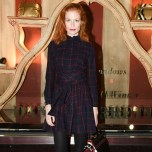 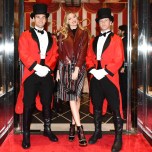 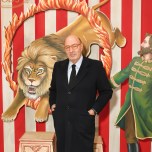 Tod’s brought a proverbial circus to its Madison Avenue flagship Friday night, with a celebration of its festive holiday windows.

Guests including Naomi Watts, Martha Hunt and Jack Huston circled the store’s floor, which has been outfitted with balloons, carnival food and electronic renditions of circus music.

Tod’s seasonal storefront, which features facsimiles of acrobats and trapeze artists, was conceived by production designer Dante Ferretti, a frequent collaborator of Martin Scorcese and Tim Burton. Ferretti was also a protégée of Federico Fellini.

Ferretti said that orchestrating a street-side circus here came with its challenges, as “it was impossible to put in a clown because in the U.S., the clown right now, it’s not good.”

Given the current chatter and scandal surrounding surprise President-elect Donald J. Trump’s ongoing cabinet appointments, it was not difficult to look at the windows’ theme as a larger euphemism for the world.

“I think New York is always a circus, but now I think the rest of the world has joined us,” said Waris Ahluwalia, who arrived to the event straight off a train from Washington D.C., where he spoke at the White House.

“The whole thing has become a three-ring circus. I just got back from D.C., talking about the circus we are living in. I think that empathy is trending right now — it’s a thing we are hearing more and more about,” the actor and designer said.

“It’s madness, yeah, I feel like that sums it up,” she added. “I honestly thought [the election] was a prank, a big joke and that someone was going to come out and say ‘ha!’ But then again, I wasn’t that surprised because of what we had happen in England with the Brexit.”