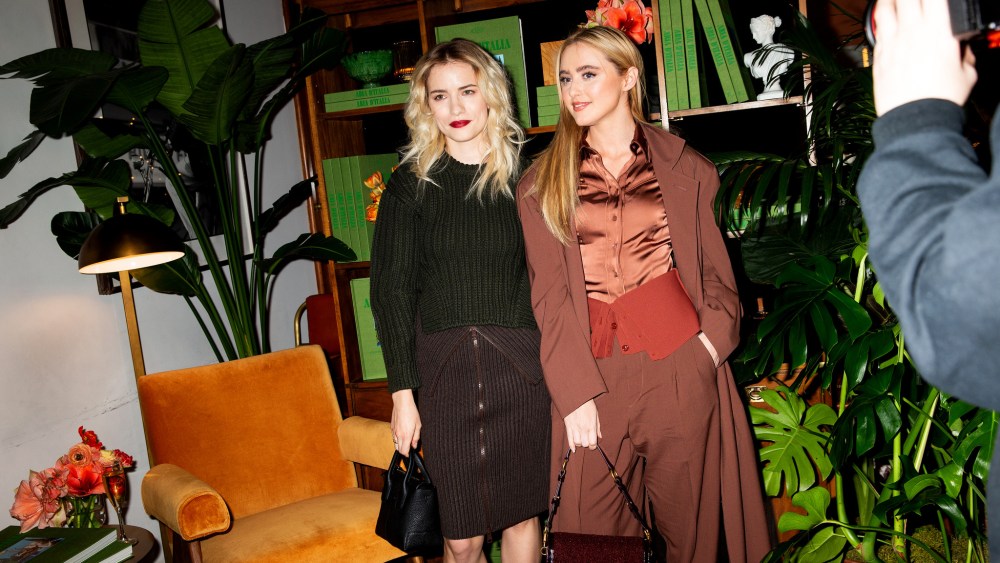 Tod’s turned up the Italian charm on Tuesday night. It had been more than two years since the brand hosted an event Stateside, and Tod’s made the occasion of its New York return an all-day affair.

The Italy-based brand took over fashion’s beloved SoHo eatery Sant Ambroeus in celebration of “Aria d’Italia: Contemporary Italian Lifestyle,” a new book published in collaboration with Rizzoli. Tod’s invited industry friends to drop by for lattes and small bites before dimming the lights for an intimate VIP dinner.

“And Just Like That…” stars Kristin Davis and Sarita Choudhury walked in together, joined soon after by their costar Nicole Ari Parker. The trio, who are in the middle of filming Season Two, were in good spirits as they caught up with Tod’s creative director Walter Chiapponi during cocktail hour.

“We’re very happy to be back in New York, because it’s been almost two-and-a-half years,” said Tod’s brand manager Carlo Alberto Beretta. “New York is like a second home and it’s been quite tough not being here for so long.”

Tod’s launched “Aria d’Italia” during Milan Fashion Week and held an event in Tokyo last month before bringing the project to New York. The book celebrates the “new Italian lifestyle,” led by expats. “People who move to Italy, and they start to live and be more Italian than Italians,” said Beretta.

At the end of the night guests got to take a piece of Italy home with them: a copy of the book and an embossed leather bookmark. Not to mention the assortment of Tod’s accessories worn around the room; Davis described her leather bag as “a dream.”

In the spirit of the holiday giving season, the dinner also highlighted a charitable cause. Tod’s made a donation to Citymeals on Wheels, which provides meals for elderly homebound New Yorkers.

“Altogether this year [the] Tod’s partnership has helped more than 6,000 people,” said dinner host Derek Blasberg, toasting the crowd at the start of dinner. “So if anyone needs an excuse to get really smashed tonight: it’s for charity.”