Katie Holmes and Maggie Gyllenhaal attended a dinner for the brand's creative director Monday night at Il Principe in Manhattan. 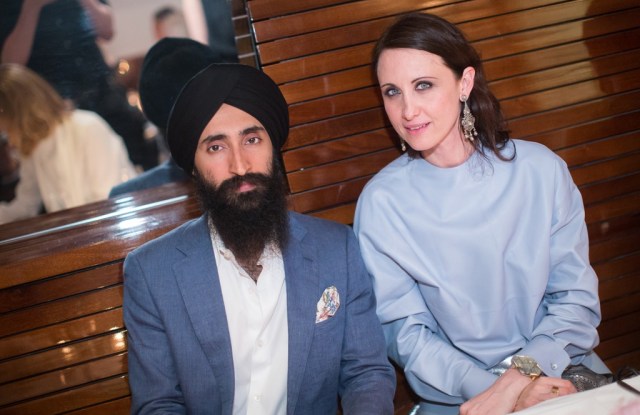 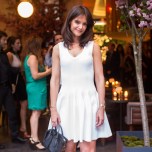 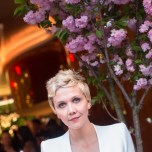 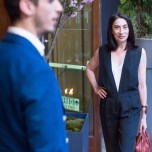 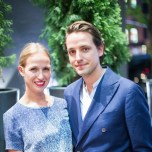 “I was very happy because everyone really understood what I was doing — my vision, my direction,” Tod’s Alessandra Facchinetti said, standing in the foyer of Il Principe on the outskirts of Manhattan’s SoHo neighborhood on Monday night where a dinner was being hosted in her honor. The creative director was describing her time with the brand since joining in February 2013. “I really appreciate that because I [design] in a very instinctive way, always. I just feel in a very beautiful place with beautiful people. I really enjoy it.”

Katie Holmes, Maggie Gyllenhaal, Elettra Wiedemann and James Marshall, Waris Ahluwalia, Anh Duong and Maggie Betts each took a turn greeting the designer — a few taking the opportunity to show off their conversational Italian — while Tennessee Thomas DJ’d against a lush landscape backdrop in the back of the restaurant.

“I think [Facchinetti’s] brought another level of chicness to something that’s always been a staple,” said Holmes, who swung by for cocktails and left before dinner. “Her elegance is seen in her work, and it’s a wonderful marriage of her designs with the already established company.”

Many of the guests were toting bags from the brand’s current collection, and nearby Gyllenhaal was wrestling with closing her silver studded box clutch. “I have one too many things in here,” she concluded. The actress had hit it off with Facchinetti almost exactly a year ago when the brand took her as its guest to the Met ball. “I actually didn’t pay much attention to Tod’s before [Facchinetti] came on and started doing their design. I think she’s added a kind of elegant, modern twist.”

It was Gyllenhaal’s second night out in a row, and the actress was currently in the process of finding a babysitter for another gala on Tuesday night. “If I can get my mom or brother to come babysit, I’ll go.”