Tom Ford Keeps the Party Going After the Show, Sort Of

After the designer's runway show, the Park Avenue Armory transformed into a party. 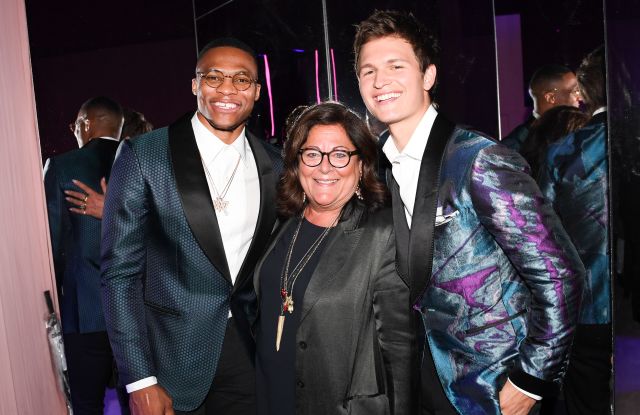 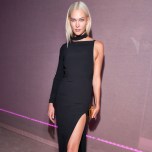 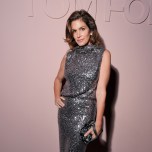 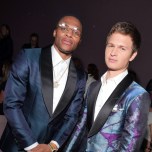 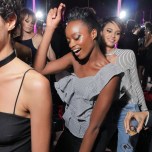 As the crowd streamed out of Tom Ford’s runway show set inside the Park Avenue Armory, Chaka Khan continued to fan herself from the front row.

“I would love for you to meet Tom,” said a member of public relations, previously on VIP traffic control pre-show.

“I’ll wait,” said Khan, good-natured and in no rush to make another event. “I’m ready when you are.”

“This is my first time ever going to one of these type of events,” the singer divulged. “[Ford] is a true artist, an artist in every sense of the word — the wear, movies. I’m highly impressed.” One didn’t even have to ask in order to find out more. “What I love about his fashion so far is, it’s made for a woman of any size. I can see myself in maybe three or four of those gowns that walked by.”

While Khan didn’t stick around for the show’s after party, which conveniently popped up in the same space, neither did many of the other VIPs littering the front row only minutes earlier — gone were Kim Kardashian, Ciara, Julianne Moore and Suki Waterhouse as Virgil Abloh began pumping the classic hits: Journey’s “Don’t Stop Believin'”; Michael Jackson’s “P.Y.T.”; Justin Bieber’s “What Do You Mean.”

Russell Westbrook stuck around, as did Cindy Crawford and Ansel Elgort, who wandered through the crowd and caterers — sporty in short-shorts and tube socks — clutching a glass of Champagne.

The party didn’t even look very VIP from the outside, either. As the limber-limbed party set ventured onto the dance floor, one commenter watching the festivities on Instagram live wrote, “Is this an Aerosmith mannequin challenge?”

No, it’s the Tom Ford after party. Clearly, the main event was the clothes.