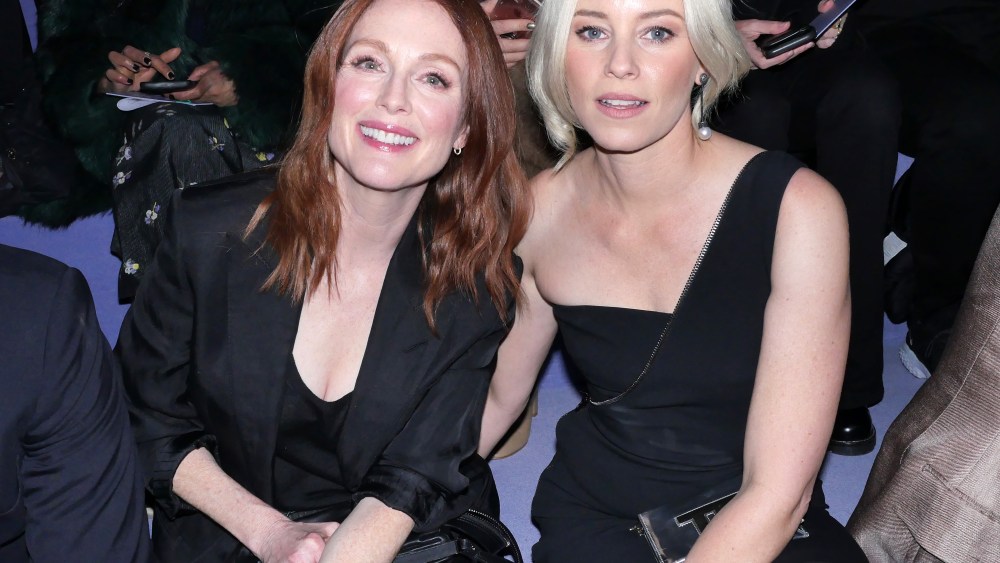 In Tom Ford’s front row on Thursday night, Anwar Hadid was huddled next to girlfriend Nicola Peltz. The pair have begun making the fashion week rounds, having attended the amfAR gala together the night before.

What are the two looking forward to during fashion week?

“Honestly his show, tonight,” Peltz continued, owning diplomatic relations for the pair. “I just love any time I personally get to wear his dress. It makes me feel just so confident. And he’s so talented, also.”

A mix of frequent Ford collaborators — and hopefuls — also took in the show, including Julianne Moore, Karen Elson, Rosie Huntington-Whiteley and Zayn Malik.

“I love a show that feels cohesive,” said Elizabeth Banks, who sat next to Moore. “It overwhelms you as it moves across when you can feel the thematic at play, that’s always really fun in a show. I have no idea what to expect, that’s kind of what I love about being here. I really don’t know what has inspired [Ford] this season, and whatever it is, he’ll have made it incredible.”

What does the actress have coming up herself this spring season?

“I don’t know what,” the ebullient actress said, laughing. She stars in the puppet murder mystery thriller (yes, really) “The Happytime Murders,” out later this summer, and in fall 2017 signed on to costar with Jamie Foxx and Anthony Mackie in Taylor Hackford’s biopic “Signal Hill,” as reporter Mary Neiswender.

“I think I know, but nothing I can announce,” she added.