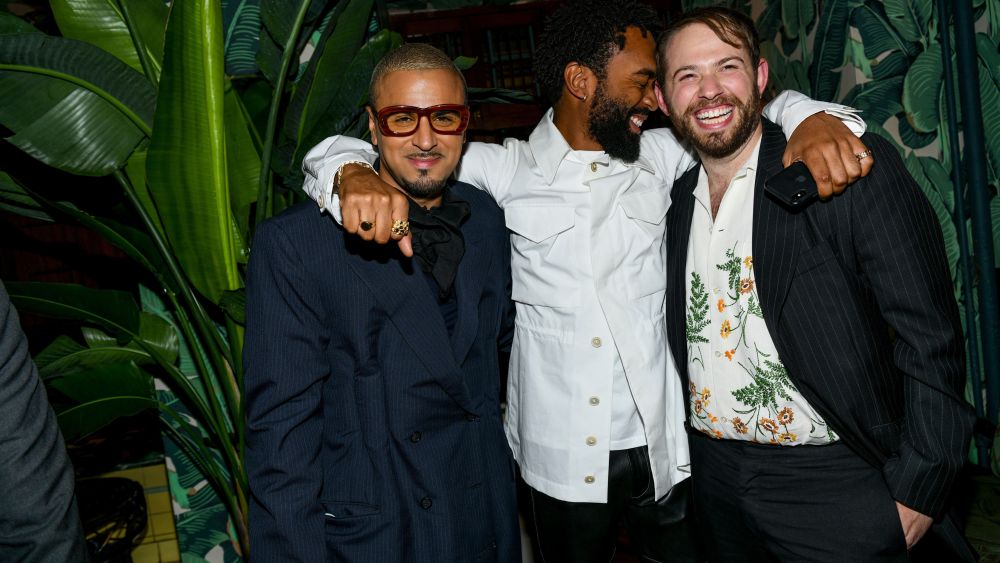 In his first season as chairman of the CFDA, Tom Ford decided to kick things off with a dinner to make more personal introductions amongst New York’s emerging talent and the global media.

Matthew Adams Dolan, who relocated to Milan three months ago, had landed just two hours prior before arriving for dinner.

“We all know each other, through various things, so it’s nice to be able to see everyone and hang out,” he said, during cocktails. “We’re busy people so we don’t get the opportunity to do that.”

“Mr. Ford’s going to invite you to dinner, I’m not sure you say no,” said Raffaella Hanley of Lou Dallas. “I think it’s a great idea to bring communities together.”

She added that she feels an excitement around Ford’s appointment — especially over the condensed NYFW schedule.

“That alone has created such a buzz,” she said. “And I don’t know, maybe New York is going to be more energized.”

Abrima Erwiah runs Studio 189 with Rosario Dawson (who wasn’t in attendance), which is based between the U.S. and Ghana.

“I remember when I got the e-mail about this event — I was in Ghana working on the collection, and I was in a blackout,” Erwiah said. “And I get this e-mail and it was a personal dinner from Mr. Tom Ford, and I was like ‘Is this spam? What is happening?!’ It was amazing; when you do the kind of work that we do and you’re doing it for a bigger mission, and then I’m sitting in a blackout and I’m like, ‘Oh my god what am I doing?’ And then you have this moment, and they happen every once in a while, and I don’t want to make it sound too much, but feels like magic. It feels like the universe is sending you a message. It reminds you that you’re on the right path and you’re doing something that’s bigger than you. And that’s how I felt when I saw the e-mail.”

Claudia Li was especially calm in the midst of pre-NYFW chaos, which she says is her specialty.

“I’m pretty calm every season. My models come in and they’re like ‘you’re not nervous?’ And I’m like ‘no, I’m good.’ I have very good ways to calm myself down,” she said.

She also spoke of the sense of community the dinner had created among the designers.

“This to me is the first time that’s brought us all together in the same room, and it feels like a family tonight. It doesn’t feel so formal,” she said. “It makes me feel more comfortable. Everyone is so cool. It’s like friends from school.”

Hillary Taymour of Collina Strada planned to go back to the studio immediately following dinner but was excited to be part of an evening celebrating comradery.

“I feel like, for the first time, the CFDA is actually nourishing that, which feels really new and refreshing. I feel like I’ve always been on the outside and for them to let us in feels really nice,” she said. “Since Bryant Park and Lincoln Center have dissolved, it’s felt like New York Fashion Week is scattered out and everyone is kind of like a lone wolf. And this feels like oh no, you’re not alone.”

Ford greeted his guests with a welcome toast, explaining that he wanted to host the dinner because he believes that once you’ve gotten to know someone on a more social, personal level, you experience their creative work differently.

“And maybe you look at what they do for the first time,” he told the room. “So this is really about bringing together really wonderful emerging — buI hate that word — talent, the talent that New York has, with journalists from all over the world.”