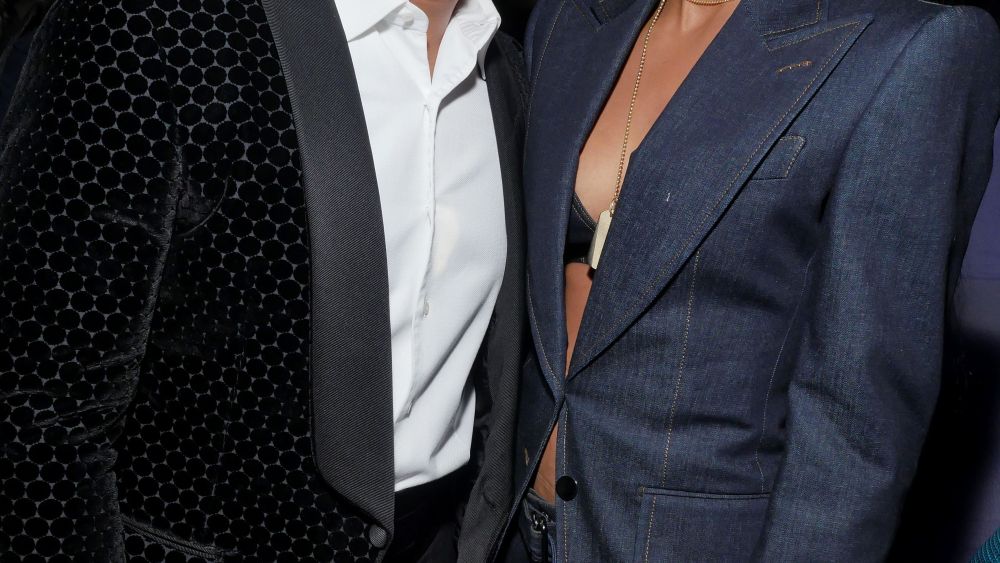 “I think Kanye told me once ‘if you’re not comfortable, then it’s not it.’”

Pusha T — née Terrence LeVarr Thornton — made his singular appearance for New York Fashion Week Tuesday night at Tom Ford’s men’s show, looking rather dapper in a teal jacquard cocktail jacket (but would Kanye approve?). The colorful evening look is rather new to him. “We did a whole fitting and I was like, ‘man you know what? I’m gonna go loud,’” he said. “This is the pinnacle of suit-and-tie type of wear…it’s just something I’m into right now.”

Kanye might have sage wisdom when it comes to fashion, but Pusha named Pharrell Williams as his tried-and-true style icon, “because he’s the dope.”

Not in the market for fashion advice is 21 Savage,née Shayaa Bin Abraham-Joseph. “I ain’t never really received no fashion advice. I give my own fashion advice,” he said. Style icon? “21 Savage.” Oh? “The way I wear it, I wear it.”

Hedges was milling about before the show with pal Maya Thurman-Hawke; the pair were delighted to learn they were seated next to each other, and learned they both plan to attend Calvin Klein next week.

“Is it general-neutral? Or is it men’s?” Thurman-Hawke asked Hedges.

Hedges professed his fandom for Ford’s films (in addition to his clothes, naturally), and said when it comes to fashion, he looks to get a little dressed up.

“I like to feel good in my clothes over feeling comfortable. I’d rather be cold and like what I’m wearing than be hot and not….I don’t know, it’s something about if clothes make you confident,” he said. “That’s the best thing.”