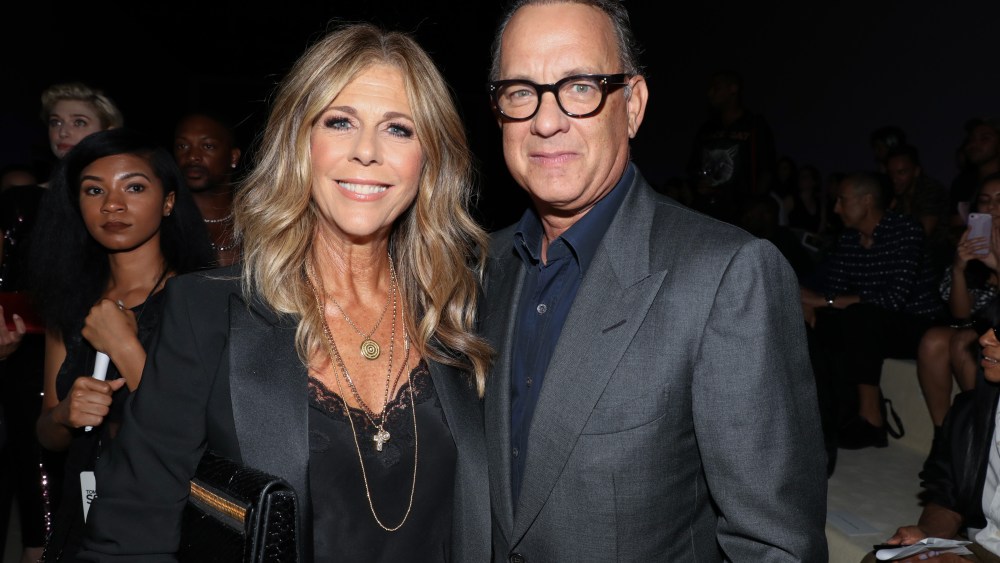 Keep your influencers and bloggers, and give us Tom Hanks front row any day.

The two-time Oscar winner — and fashion week rarity — made his way to Tom Ford’s spring 2019 show on Wednesday evening alongside wife Rita Wilson. The couple is close friends of Ford’s, and Wednesday’s show marked Hanks’ third time taking in a runway show — all three of which have been Tom Ford.

“Tom Ford’s are the only fashion shows he’s been to. He’s exclusively a Tom Ford runway [attendee],” Wilson joked.

“I wear almost…not exclusively Tom, but Tom cuts for me better than anybody. I love Tom’s stuff,” Hanks said, after posing for photographers with Wilson.

“He’s a very dear friend of ours, so we come to the ones we’re available for, that we can come to,” Wilson added.

“We’ll see fantastic people walking around in fantastic clothes, how about that?” Hanks said.

Hanks and Wilson are busy preparing for the upcoming midterm elections.

“Tom’s doing a campaign to get out the vote, with Michelle Obama and Lin-Manuel [Miranda],” Wilson said. “We have a 22-year-old who is very involved and is making sure that his friends are registered to vote. The midterm elections are going to be important.”

“We’re going to vote and drag 10 people along with us to vote at the same time,” Hanks said.

Back in November 2016, mere days after Donald Trump had been elected, Hanks told the room at MoMA’s annual film benefit that “we are going to be all right because we constantly get to tell the world who we are.” Nearly two years later, does Hanks still feel all is all right?

Hanks and Wilson took their seats next to Anna Wintour, who was next to “Crazy Rich Asians” star Henry Golding, looking rather nervous in his seating placement. To his left was Cardi B, a fixture at the shows last September and, it seems, back for more this time around.

“First thing’s first, I spend so much money on Tom Ford, s–t, I deserve to be here,” she said, sans bodyguard this time. “All that godd–n money I spent, it’s about time I’m here.”

Asked if she plans to attend other shows throughout the week, Cardi said her schedule remains in flux.

“Maybe so. I got so much things to do. Lord Jesus Christ,” she said.

Ford’s show marks her fourth season attending fashion shows. “That’s how I know I elevated my career — because the shows get bigger and bigger,” she said. Tom Ford, the icing on the Cardi B cake.

Down the row from the musician was Hailee Steinfeld, who was making her one NYFW appearance at Tom Ford while she’s in town filming new Apple show “Dickinson,” in which she plays the iconic poet.

“We’re in the pre-production right now, with all the fittings. We were talking about corset fittings and all of that fun stuff,” she said, motioning to her publicist.

Naturally, the role has her brushing up on her Dickinson. “More than I ever have before,” she said of reading Dickinson’s work. “It’s amazing — this character is absolutely wonderful. And I’ve never done TV before so it should be interesting. I’m still learning the process of how many days per episode, and all that madness.”

How Do You Survive Fashion Month?