Tom Hanks Doesn’t See His Films as Works of Art

The actor was honored at MoMA's annual film benefit presented by Chanel. 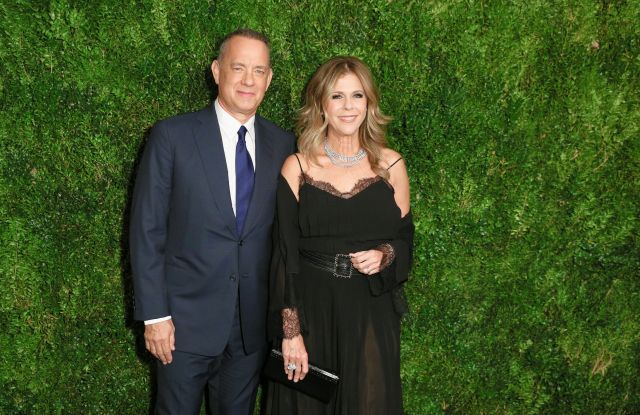 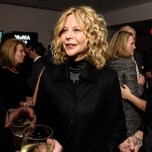 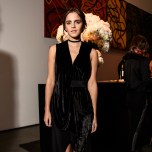 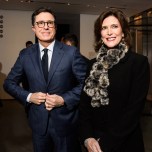 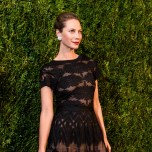 “It’s odd to look at your life right before your eyes and not be dead,” began Tom Hanks, taking the stage inside of the basement theater at The Museum of Modern Art in Manhattan. The captive crowd had just watched a reel of highlights from his movies — and there have been a lot of them — which MoMA nodded to Tuesday by honoring him at its annual film benefit, presented by Chanel.

Many of Hanks’ friends and coworkers came out to congratulate him. There were the three Steves — Steve Martin (sans banjo), Stephen Colbert and Steven Spielberg — as well as Aaron Eckhart, Emma Watson, Wendi Deng Murdoch and Meg Ryan. Clint Eastwood and Oprah Winfrey made appearances via video.

“I think ‘Forrest Gump’ blew me away because very few actors if any could have done that but Tom. It rocked the world when it came out,” said Eckhart, reflecting on his favorite Hanks film during cocktail hour. “‘Cast Away’ is a good one,” offered Leon Bridges, who was on deck to perform after dinner, while Deng called out “Forrest Gump,” “Saving Private Ryan” and “When Harry Met Sally.” “I love all of his films,” she added.

If the luster of picking up awards is starting to wear off, the exuberant actor didn’t let on. “You get a call from her, and they say: ‘You’re not going to believe this, but MoMA would like to honor you with a retrospective,'” he said. “And I said: ‘You misdialed.'”

“You know what you said? I remember exactly,” responded Leslee Dart, his publicist and ostensibly the bearer of the good news. “‘It would be a stone cold honor.'”

“And in fact it is,” Hanks picked back up. “What’s great about this is, look, we do this a lot, and commerce is usually involved in trying to sell your product, in trying to hoodwink journalists into believing your movie is pretty good,” he continued. “I look at anything I’ve ever done, and I just see a checkered collection of things that did and did not work. I yearn to see things that I don’t remember doing, and unfortunately it’s very hard to do…I can’t see [my films] at the end of the day as objects of art. I look at them as dinette sets that I made in my wood shop, and wish I had another pass with the glue.”

Hanks offered a favorite from his filmography that hadn’t been mentioned yet that night.

“The whole family has an enthusiasm and an affection for ‘That Thing You Do,'” he said, referring to his 1996 film based on Sixties band The Wonders. “There are a few moments in that which were actually exactly as I hoped they would be. The rest is just one damn thing after another.”

Nearby, his wife Rita Wilson pawed at her diamond necklace. “By the way, I’m in Chanel,” she whispered. “Loaners, but I’m just saying. At least I have them for the night.”