The Bottega Veneta creative director was honored for his efforts in raising awareness of Japanese modernist architecture. 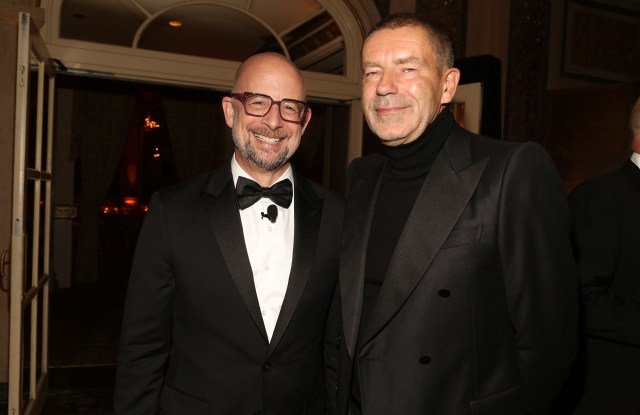 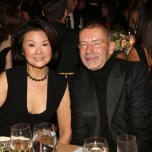 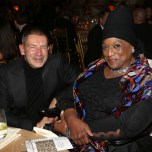 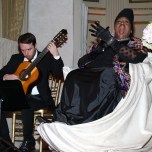 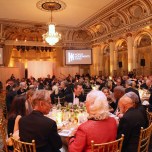 “It was a love affair from day one,” Tomas Maier said of his relationship with Tokyo’s Hotel Okura. “The first time I ever went to Japan was in ’83 and I ended up at the Okura, which was a total coincidence.…it was magic. The structure, the experience — beautiful, beautiful.”

Maier and the Stavros Niarchos Foundation were honored by the World Monuments Fund at its Hadrian Gala on Monday night. The Bottega Veneta creative director was the recipient of the foundation’s 2016 Watch Award. The event took place at The Plaza. Mary McFadden was in attendance, as was award-winning soprano Jessye Norman, who performed two songs.

Maier, whose father was an architect, has long had a passion for architecture. When news broke that Hotel Okura was in peril of being demolished, Maier was inspired to start a campaign with Bottega Veneta to raise awareness of the 53-year-old hotel’s historic value, as well as the greater peril of Japanese modernist architecture.

“I heard there [was] trouble around the Okura and I said, ‘That can’t be. It’s impossible,’” he said. “I didn’t even have the idea to erase a building that was built by a Pritzker Prize-winning architect. Like, you think as a monument, all the involvement it had. That’s why I started the campaign around it. Then we said we have to take this on a more worldwide level. We worked with a lot of magazines. They were very, very supportive. In the end, it was not enough.”

Hotel Okura is undergoing a renovation that is reportedly estimated to cost $1 billion. But as architect Toshiko Mori, who designed Maier’s house in Maine, said, Maier and Bottega Veneta’s campaign wasn’t all for naught.

“[Maier] was able to make many people aware of the existence [of Japanese modernist architecture] because not too many people know about it,” Mori said. “In fact, more international visitors and designers and architects from all over the world probably knew more about it.…Since his campaign, he made people aware that the beautiful space exists. We have to do things to save it. Many young people went [to Hotel Okura] for the first time and they started taking pictures.” Maier and Bottega Veneta encouraged people via their campaign to visit the hotel and share their experiences with the hashtag #MyMomentAtOkura.

“By the time they announced it’s going to [be] demolished, the hotel lobby was full of people every day and some people stayed ‘til midnight of Aug. 31,” Mori continued. “It was very, very sad and it was heartbreaking, including people who worked there, who frequented there. Some families decided to have a last dinner there, last cocktails. It became a very sentimental moment in which it changed the way people think about modernist architecture in Tokyo.”

“I’m feeling very humbled and honored, but I feel like we have to do more,” Maier said of being celebrated by the World Monuments Fund. He revealed that Bottega Veneta will initiate a “big project” in the spring that will involve a “watch list” of structures around the world that are in danger of renovation or demolition. “The voiceless need our voice,” he said during his acceptance speech.