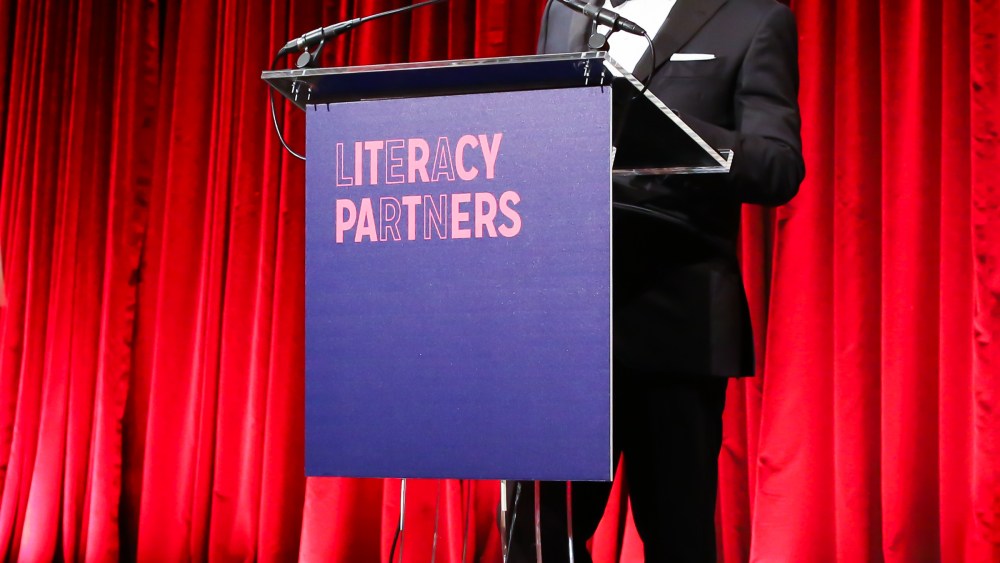 It’s late into spring gala season, but that didn’t stop a last gust of floral and sparkly frocks from making their way into Cipriani 42nd Street on Tuesday night for the Literacy Partners gala.

Before dinner, Hilfiger was shuffling through the papers in his hand. “I’m not totally finished with the book yet, so I thought I’d read part of the first chapter and talk a little bit about my story, which is in the process of being edited and re-edited,” he explained about his memoir, “American Dreamer,” which is set to publish in mid-November.

Cho, a Literacy Partners board member, was the one who prompted the idea during a lunch. “She said, ‘why don’t you do a book?’ And I said ‘no no no,'” he recalled. “I thought, maybe when I’m older. And then I started thinking, if I get older I may forget, and I do have a lot of memories of how I built my business, my childhood, all of the trials and tribulations of building the business.”

The designer shared several of those trials with the crowd, revealing his struggles with dyslexia and traditional classroom learning during his childhood in Elmira, New York. “I thought when I was in school I was just one of the dumb ones,” he read aloud to the crowd. “I came to the conclusion when I was 17 that I should be in business…I worked nights in a gas station, worked at a sport goods store, and I saved $150.” He took his earnings and drove to New York City, where he bought bell bottoms from the village and sold them out of the trunk of his car in his high school parking lot. “With the profit, I decided to open a shop called ‘People’s Place. That was in 1969,” he continued. “Many years later, we have a $8 billion business worldwide with 1,500 stores, still going, still growing, having fun, and I’m enjoying every single day.”

The event, which raised $1 million, also honored Norman Pearlstine and paid tribute to the late Arnold Scaasi, who sat on Literacy Partners’ board.