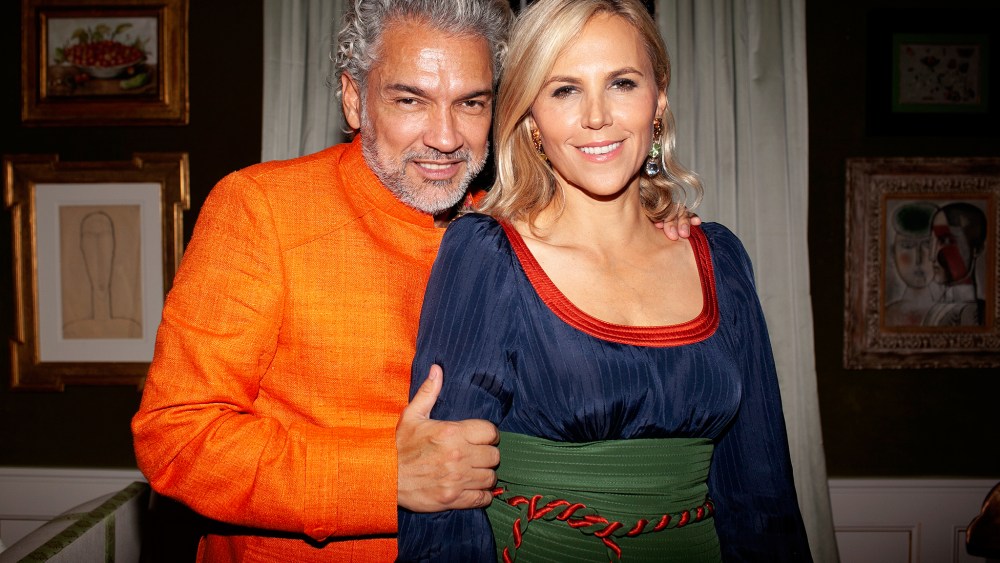 “As you can see, I love color. I’m Latin, so I’ve always been attracted and inspired by color,” Carlos Mota said from the second floor of the Tory Burch boutique on Madison Avenue. The interior designer and stylist was taking a brief break from signing copies of his latest book, “Beige Is Not a Color,” for a procession of admirers — including Max Snow, Mafalda and Gucci Westman — stopping by to congratulate him and pick up their own copy.

The title for his book was inspired by a hashtag.

“I was like, this is interesting, funny, clever, a little bit irrelevant, might piss off a few people, and so I kept using it. And I said, you know what, this would make a great title for a book,” Mota added. “People are afraid of color in general.”

His environment was good company, what with Burch’s similar affection for the intense, bright colors he loves. He’s known the designer for close to two decades.

“Tory was the perfect marriage,” he added. “Because she’s one of the few American designers that absolutely loves and understands how to use color. Not many people can do that. I adore her, I love her and she’s perfect, absolutely perfect in everything she does.”

After the book signing, guests relocated to Burch’s apartment at The Pierre a few blocks away for a casual dinner. The environment was in impeccable form for hosting the interior designer, with two acoustic guitarists serenading the crowd from the living room.

“Carlos is a dear friend, but the idea of ‘beige is not a color’ is something that I thought was fun — but it really applies to him, and certainly to me as well. I love the book, I thought it was just outstandingly beautiful,” said Burch, who had shown her most recent collection a few days prior and was able to relax — for a little bit — before getting back to work on the next two seasons, already under way.

“Great — I feel great. We worked on something for a year and it’s over in 10 minutes, but I feel really good,” she added.

From Fashion Week to the United Nations

Taking a Stance and Seat Front Row at Prabal Gurung