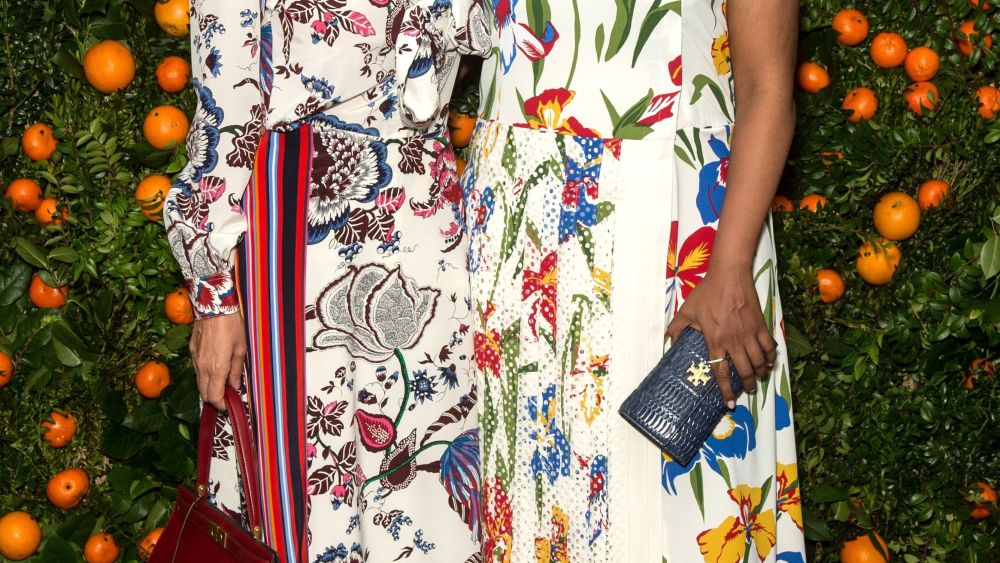 The airy interior of Le Coucou in downtown Manhattan became a verdant springtime oasis Tuesday in celebration of the launch of Tory Burch’s latest fragrance, “Just Like Heaven,” as a chilly rain fell over the city.

“I was raised on the East Coast, but now I live in L.A. and I’m like, how dare they have this weather [here],” exclaimed Mindy Kaling, who donned a blossom-covered Burch frock for the occasion.

The comedian has briefly relocated to New York while shooting her latest film, in which Emma Thompson plays a late-night television host with Kaling as the show’s first female staff writer. “For a long time there’s been a real disparity with women in the TV world,” continued the 38-year-old. “[Late-night talk shows] are such a big deal because it’s a barometer for our culture. What [hosts] decide to make fun of and talk about is kind of what our culture decides is relevant.”

Kaling, who stars in the forthcoming crime thriller “Oceans 8,” about a group of women attempting to pull off a heist at the Met Gala, glanced around the dimly lit hot spot in awe. “I actually came here on Sunday night as well,” said the actress. “Now I’m here tonight and it’s like an embarrassment of riches.”

Tabitha Simmons was equally thrilled to be at the chic eatery, despite recent sleep deprivation after the birth of her first daughter eight weeks ago. “She’s called Violet so she’s named after a flower, which is perfect for tonight,” said the designer seated beside a cascading arrangement of orange poppies. “I love fragrance and I like soft and feminine, so flowery is perfectly in my taste.”

Customized bottles of the floral fragrance lined the tables and marked place settings for guests including Cristina Cuomo, Jamie Tisch, Jessica Hart, John Demsey and Gigi Mortimer. Greeting the designer with an embrace, Chanel Iman explained how one of Burch’s early runway shows inspired the floral décor of her wedding to New York Giants wide receiver Sterling Shepard last month in Los Angeles. “I found pictures of that show and was inspired by all of her tulips and I knew that’s how I wanted to walk down the aisle, but with roses” explained the 27-year-old model.

Burch waxed nostalgic about the importance of fragrance in her life, noting how her latest scent is a nod to her mother, Reva Robinson, who was among several family members in attendance. “I remember my mom’s vanity and all the fragrances she had from Paris — George and Chanel No.5,” said the designer. “I used to mix them all up and she would immediately throw me in the shower.”

As guests finished a three-course repast, singer Jessie Reyez performed an acoustic set, which fittingly included a cover of Burch’s favorite song, The Cure’s “Just Like Heaven.” Reyez, whom Burch said “has a voice that can change things,” was introduced to the designer by her twin sons, both students at New York University.

The Toronto native admitted she still gets “nervous as hell” before a performance. “I was just practicing in the hallways and I practice until I can’t practice anymore. I don’t think that will ever change, but hell, I have no complaints. When I was six, I would dream about being able to sing music as a job. This is like heaven — it’s a dream and I stay in awe of real life.”