American designer hosts a series of events in the French capital, including a lecture and customer cocktail.

By Miles Socha
with contributions from Laure Guilbault
on March 24, 2016
View Slideshow 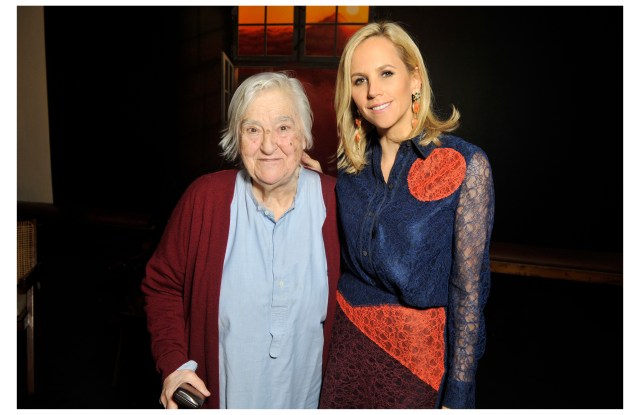 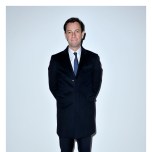 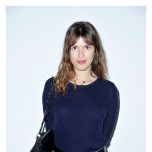 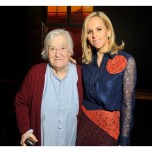 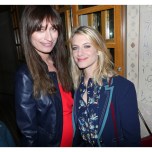 PARIS — When Tory Burch opened her Paris flagship last July at 412 Rue Saint-Honoré, ready-to-wear was housed in the penultimate room on the top floor of the 4,200-square-foot unit.

Not for much longer.

Having realized that French women are “more fashion-driven” and partial to runway pieces, she’s planning to move the department to a bigger, more visible showcase on the mezzanine level.

“We want to make sure when people walk in, they don’t think it’s just a handbag company and they understand that it’s lifestyle,” said Burch, in the French capital this week for a series of events and personal appearances. “I’m here to get to know the Parisian customer better. We’re starting to get some traction with some of the locals.

“We don’t want to just be counting on tourists — in any city,” she added.

Burch’s observation, uttered on Monday, took on a heightened resonance in the wake of Tuesday’s deadly terror attacks in Brussels, sure to further crimp tourist flows to European capitals as governments issue travel warnings.

In a recent research report, Exane BNP Paribas noted that the top 25 cities in the world account for nearly 60 percent of luxury demand. And with Paris and London near the top of the pyramid, that’s worrisome for the concentration of premium retailers assembled there.

Burch acknowledged that tourist traffic in Paris has diminished in the wake of last November’s terror attacks that claimed 130 lives, and she stressed that cultivating a local clientele is key.

“We’re meeting plan, but I always say we could be doing better,” she said, sipping a café crème at the Bristol hotel here. “I also want to understand even more by being here. It’s important, going into the store and meeting our customer. It’s something I intend to do more of. I want to get to know the local women, how they’re dressing, what they care about.”

Packing as much as possible into her three-day sojourn, the designer met with clients at a store event, delivered a lecture at the French Fashion Institute, participated in a women’s-only dinner at the residence of Jane D. Hartley, U.S. Ambassador to France, and hosted a reading of poetry by Etel Adnan and Stacy Szymaszek at a Marais gallery, followed by a dinner at Caviar Kaspia.

An advocate of a “cluster” approach to retail in Europe — building multiple stores in key cities rather than in scattershot geographies — Burch said she could ultimately envision new Paris locations on say, Avenue Montaigne, for her signature brand or the Marais district for her new Tory Sport range, which just planted its first permanent home at 129 Fifth Avenue in New York.

“I’m definitely going to look [in Paris], but we have no firm locations as of yet. We’re looking in the U.K. as well,” she noted.

On the international front, forthcoming openings include two units in Dubai and a second location in Singapore. Boutiques in Hong Kong’s Lee Gardens and Taiwan’s Taipei 101 were inaugurated earlier this month.

According to market sources, the company, founded in 2004, surpassed $1 billion in sales last year.

“We are still opening stores, but we want to be careful,” said Burch, dressed in a striped pantsuit and zig-zag-print bow blouse. “When the macro environment is tough, it’s a good time to take a break and really assess your business.”

Burch reiterated that she would increase investments in consumer-facing technologies, noting that e-commerce represents 20 percent of her business and that digital channels remain a powerful communications tool.

To wit: She revealed plans to soon hire a chief technology officer who is to oversee IT along with e-commerce, video, mobile and personalization.

“We want to be smart about what we invest in. We have to be thoughtful and think about what works for us and works for our customers,” she said.

That Burch’s Paris events shared a focus on women is no coincidence.

She discovered Adnan’s work last year and was astonished by her poetry and her use of color, which inspired Burch’s pre-fall collection.

Asked if she’s surprised that women like Adnan and Iris Apfel are finding fame in their 90s, Burch replied: “I hope that should be a given. I also think about Wanda Ferragamo — she’s coming into the office in her 90s and still a force. How wonderful to be engaged and present and curious and doing amazing work.”

Burch, who launched her fashion brand after being a stay-at-home mom for four years, supports women’s empowerment and women in business via her Tory Burch Foundation, whose missions include encouraging women to “be OK with embracing ambition. It used to be such a negative that word.”

Her foundation, in a partnership with Goldman Sachs, offers women a nine-week “mini business school,” while a tie-up with Bank of America has yielded $11 million in loans to female entrepreneurs over the past two years, for example.

“For now it’s in the U.S. We want to be international at some point,” she noted.

The dinner at the ambassador’s residence put Burch in touch with about 90 prominent Parisians in business, media, and politics, including Pamela Golbin, chief curator of fashion and textiles at Les Arts Décoratifs; photographer Ellen von Unwerth, and Francesca Bellettini, chief executive officer of Saint Laurent.

“International Women’s Day was actually on March 8. But when I heard Tory was coming to Paris, I thought it was important to have this event to celebrate women, women leaders and especially to celebrate Tory,” said Hartley, calling the American designer “a visionary, a leader and an amazing businesswoman.”

Hartley lamented that women are still underrepresented among senior executives. “As of October 2014, less than 5 percent of the Fortune 1000 companies had a female ceo. Women account for less than a quarter of companies’ board members, which is changing slowly,” she said.

“I am going to start with this one statistic. There are more ceos named John than there are women ceos,” Burch echoed in an address. “We have to bring men as part of the conversation, not that they’re here tonight,” she said with a laugh.

Tuesday’s customer event was hosted by mother and daughter Sally and Chloe Perrin of the leather goods maker Perrin Paris, while the poetry reading took place at the VNH Gallery, appointed with leather sofas like a beatnik meeting of yore.

Afterwards, Burch and select guests repaired to Caviar Kaspia, where two long tables were set with the designer’s fetish lettuce vases, in collaboration with Dodie Thayer, and carafes of vodka.

Audrey Marnay recently launched her YouTube channel, on which she shares her fashion week experiences and insider tips, including what to pack for a one-week beach vacation. “I’m trying to post one video per week. I do it in English with subtitles in French, but there are so many of them. Maybe I talk too much,” she said with a laugh.

Petite Mélanie Laurent demonstrated her flexibility, escaping from the middle of a long banquette by sliding under the table. She’s heading to Oman in two weeks to direct her third movie, starring Gilles Lellouche and Maria Valverde. She hinted it involves diving, something she’s yet to try. “But I will, at some point,” she said.

Midway through the dinner, Burch’s fiancé, Pierre-Yves Roussel, chairman and ceo of LVMH Fashion Group, stood and raised his glass for a toast: “Tonight is a special night because Tory is in town.”