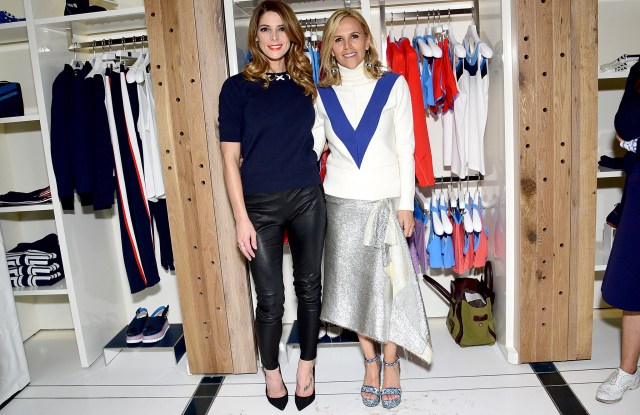 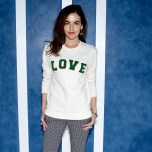 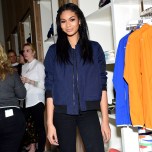 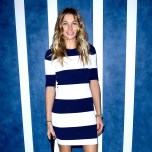 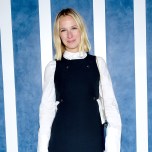 “If I don’t work out by 6 a.m., it doesn’t happen.” It was half past 6 p.m. on Wednesday night, and Tory Burch was holding court at a party to celebrate the opening of her first stand-alone Tory Sport store in New York’s flatiron district. The party had amped up the tennis references — a mock court greeted guests outside — and many had come decked out in sporty looks, including Burch, who had paired a v-neck sweater from the collection with a long silver skirt and heeled sandals.

“This is something new for her that’s exciting. I’m just here to celebrate and congratulate her,” said Iman, who was wearing a jacket and sports bra from the collection with black jeans, following Burch’s lead of pairing activewear with, well, less activewear. “I’m all about mixing and matching more casualwear with sportswear,” Iman explained. “It makes an outfit more laid-back and cool.”

All of the active attire came in handy — Burch had tapped throwback band Kool & the Gang to perform and the crowd was eager to bop along to the band’s most recognizable hits, and an exuberant Burch at one point even hopped on stage.

Andrew Jarecki was documenting all of the party’s action on his phone’s video camera. “I think the Seventies influence is so chic,” said the director, showing off his sporty wristband. “Just the fact that they’re having Kool & the Gang come out is just so perfectly on the money. Tory’s very clever and very ahead of the curve in just the right way — even when it’s retro.” Celebration time, indeed.