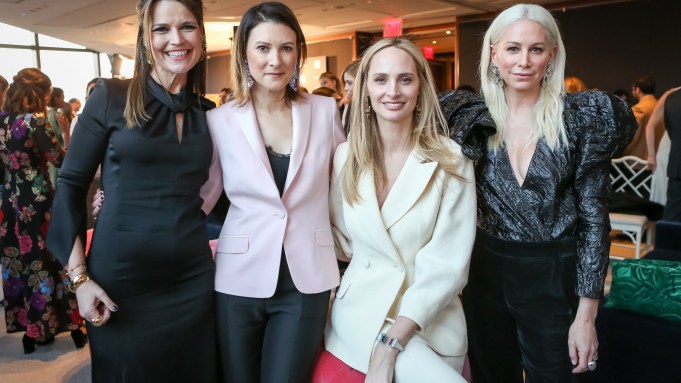 The awards’ format sees a list of jewelry brands, designers and executives named for their excellence. The awards were not intended as a competition, as each award category had multiple recipients.

Volandes said of the evening: “Jewelry has been a part of Town & Country since the beginning. I’ve covered the industry for almost 20 years now. We’ve covered as its own distinct art and decided six months ago that we should take that singular devotion and make it official. We wanted it to be a celebration, not a competition.”

In addition to her deep knowledge of jewelry, Volandes is known to have a knack for social media. Within the jewelry world it is considered a high honor to be featured on the editor’s Instagram page, as it is known to inspire big-ticket sales among jewelry collectors.

When asked about this, Volandes explained: “I have taken to Instagram, I love it. I think what happens is that I do a lot of events around the country and meet amazing people who are collectors and I get to know them. When I put something up on Instagram, I’ll suddenly get direct messages asking — ‘Should I get these earrings, do they go with the necklace I got last year at your trunk show?’ It’s a great jewelry network I’ve created.”

Also on hand at the event was Metrick, who presented Pomellato with the Luminary of the Year award, accepted by the brand’s chief executive officer, Sabina Belli. Metrick said of jewelry’s importance in luxury retail: “It’s all about the new luxury and about personalizing and being unique — that is what jewelry does. It gives people the opportunity to be different. A lot of the pieces we sell are limited edition or one-of-a-kind. That’s what we are all trying to do right now and I think that Saks is hyper-focused on that.”