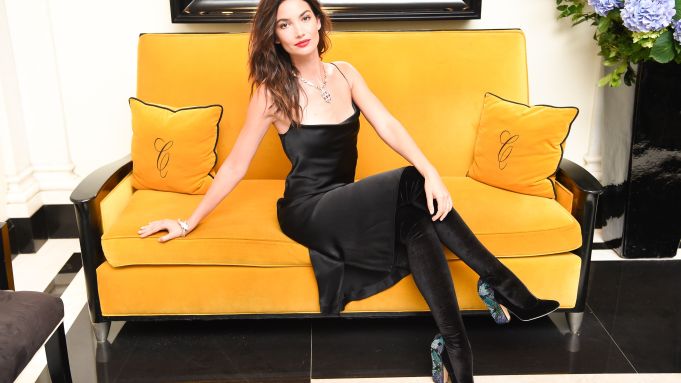 On Monday night, the Swans were roaming the first floor of the Carlyle Hotel.

“They can be vicious, can’t they? The real ones,” said Alessandra Balazs, huddled near Kick Kennedy. “I’d say I’m more like a penguin.”

Perhaps, but she’s now a verified Modern Swan, according to Town & Country. The magazine was celebrating the release of its annual 50 Modern Swans list, as well as its 170th anniversary issue — its largest October issue in 15 years — during fashion week with a dinner cohosted with Bulgari. It was good timing for the jewelry house, who had named Lily Aldridge their new face earlier that day with a campaign photographed by Mario Testino. “We shot in Rome, and it was just the most beautiful weekend shooting,” the model recalled, watching the Swan revelries unfold nearby.

So what, exactly, qualifies someone as a Modern Swan? “Women who deserve not just attention but admiration,” explained T&C editor Stellene Volandes. “They have that undefinable ‘it’ quality, but also there’s sort of a strength and intelligence and elegance to all of them,” she continued, adding that a few who tentatively made the list were taken off after an editor saw them behaving “badly.” “We have a whole global network of swan spies,” she added.

“I do sort of straddle the worlds of being myself and being edgy — I’m definitely a wild spirit. To be considered a modern swan means a lot to me,” explained Caroline Vreeland, stunning in a royal blue dress. The affable model-musician was on Snapchat duty for Town & Country, and as such, she was busy juggling between her cellphone and glass of wine throughout the event. “I have the legacy of my great-grandmother, which I honor and I love, but my whole thing is to be yourself and not suppress your emotion, just say what you mean,” she continued. “I think it shows that we’re shifting into this understanding that woman are naturally who they are. They’re not just a pedigree.”

But if you do have the pedigree, it certainly won’t hurt your chances of making the cut.