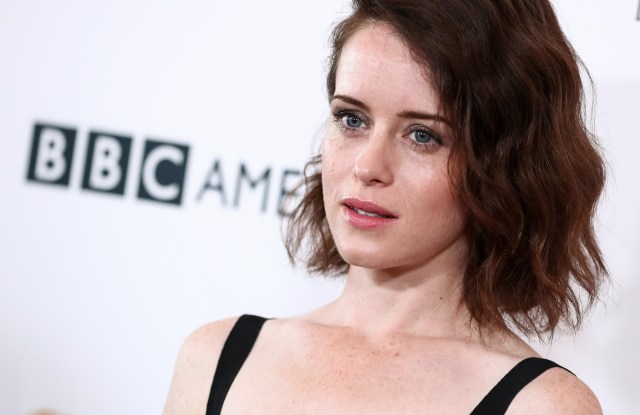 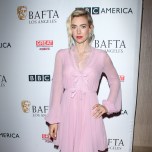 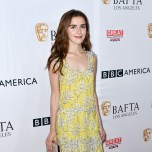 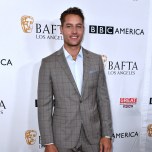 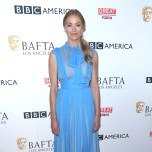 Standing on a piece of astroturf patio at the Beverly Hilton and steps away from a giant pot of tea, Gugu Mbatha-Raw exclaimed, “Oh my gosh, it’s a little piece of Englishness right in Beverly Hills.” The British actress was excited about the revelry taking place during BAFTA L.A.’s Tea Party in honor of the 69th annual Emmys.

“I just saw Gerald McRaney,” she said. “I worked with him on my first job in America. I love bumping into old friends, catching Brits and getting a chance to have some scones.”

British or not, most of the crowd, including Tracee Ellis Ross, Claire Foy, Vanessa Kirby, Kiernan Shipka, Joe Keery and Natalia Dyer, felt the same way.

Yvonne Strahovski and Ann Dowd, costars of the Emmy-nominated series “The Handmaid’s Tale,” were busy fielding questions about Season Two.

“Did they tell you anything? They never tell us one darn thing,” sighed Dowd.

Added Strahovski, “Well I can say, there’s so much in the book, although we covered the book in the first season, there’s so much more to derive from it still. Bruce Miller can take a sentence from the book and write a whole series about it. I want to know all their backstories.”

Also on hand for the fete was Justin Hartley. Although mum on his look for the upcoming ceremony, the “This is Us” actor spoke freely about his show.

“This is a celebration of the golden age of television,” he noted. “It’s a good show that has heart. Our show has character, but it’s not preachy.” Regarding the fans that are now noticing him more frequently in Los Angeles he says, “I’m impressed with people’s hearts, how kind they are and how responsive they are about watching people trying to get by.”

Nearby Angela Sarafyan, who arrived in what she called “the perfect tea dress,” was also relishing in the moment. “I’ve never been apart of a show that’s been nominated for an Emmy. It’s really special. We’ve done such hard work. To see the result and the success of the show is special.”