Leonardo DiCaprio, Naomi Watts and others came together at the Bowery Hotel on Monday night for the third annual Turtle Ball. 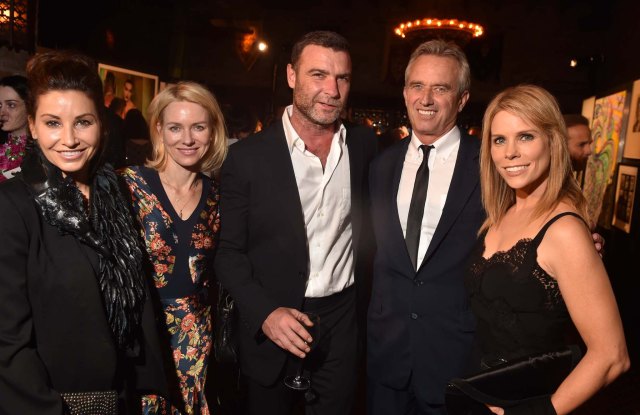 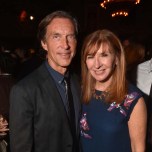 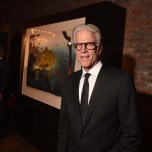 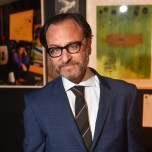 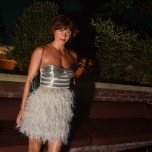 Animal lovers, eco-warriors and self-described “turtle people” alike came together in a packed house at the Bowery Hotel on Monday night for the third annual Turtle Ball, hosted by the Turtle Conservancy, which fights to save the world’s endangered turtles and tortoises. Chaired by Turtle Conservancy founder and hotelier Eric Goode as well as Rick Ridgeway, Susan Rockefeller, Liev Schreiber and Naomi Watts, the event, which honored Robert F. Kennedy Jr. for his environmental activism, raised more than $800,000 for the organization.

“We actually own a tortoise now, thanks to Eric,” said Watts, who was also celebrating her birthday. “And we did it the right way. It’s small, only a couple month’s old. Sasha, my older son, is kind of obsessed.”

Other guests out to support the cause included Leonardo DiCaprio, Richard Branson, Edward Norton, Helena Christensen, Gina Gershon, Cheryl Hines, Bruce Weber, Mario Sorrenti, Glenn O’Brien, Nanette Lepore and Nicole Miller. And lest one was to think there were more worthy causes than saving turtles, any of the Turtle Conservancy’s staunch supporters were quick to offer counterpoints.

“I really liked what Eric said to me [about turtles],” remarked Ted Danson, a neighbor of Goode’s in Ojai, Calif., and a longtime environmental activist. “He said, ‘Ted, this could be the butterfly ball. It doesn’t matter. You have to start someplace. If you are in the mood to nurture the world, then why not turtles and tortoises?’”

Other items up for auction included a four-night stay on Necker Island, Branson’s private oasis in the British Virgin Islands; a day of falconry with Kennedy Jr.; and the opportunity to name a new species of tortoise in Sinaloa, Mexico. As for the latter, Gershon had some ideas. “Does it have to be a scientific name?” she asked. “I think they should just name the turtle Bart, or like — Myrtle the Turtle. Maybe that’s too cute, though. Maybe it should be something smarter, like Phinnaeus.”

“Us turtle people ask you to join us in being herpetophiles,” Ridgeway, Patagonia’s vice president of environmental affairs, said over dinner — his choice of terminology making the room visibly uncomfortable for its likeness to another. “And we promise you won’t be arrested.”