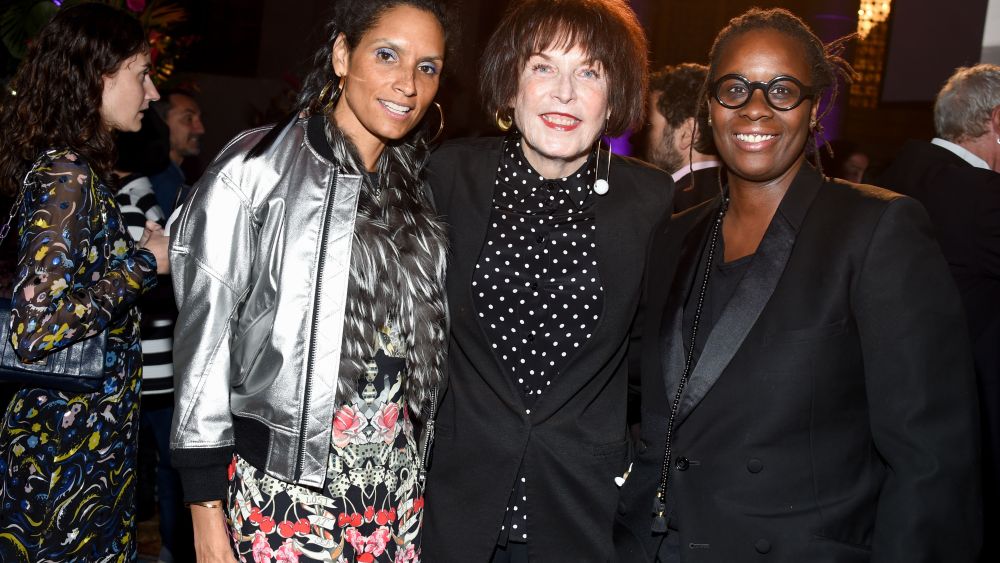 “This is the easiest gala I’ve ever gone to,” said Marilyn Minter, roaming the cocktail hour at Cipriani Wall Street for the 40th anniversary of the New Museum spring gala. The reason for such ease was the pair of Chuck Taylors she wore with her suit — after all, the evening’s theme was “tuxes and trainers,” and the art crowd is not one to pass up on a theme.

While some looked awkwardly forced into a pair of stark, brand-new sneakers, Minter’s pair are a wardrobe staple. “I wear them every day,” she said. “I wish they would do more parties like this. People expect me to [wear high heels] because I make so much art about shoes. I do it because I want to look nice, but it feels silly after Trump won, to get dressed up. But you want to have a good time, too, and it’s fun to get dressed up.”

“I didn’t wear sneakers,” Brielmaier said, motioning to her dress and heels. “I was going to wear a shiny gray Gucci tux, but it was just feeling a little uncomfortable. I may wear the Gucci tux tomorrow.”

By the sound of her social schedule, the newly-minted New Museum board member will have plenty of opportunities to break out the finery. “I’ve been going to so many, I’m pooped out,” she said of the relentless gala-going. “Well, this is gala season, so I was at the Bronx Museum gala, I was at Art Production Fund, tomorrow night I’ll go to Art and General. I think now more than ever it’s important to come out and support creative institutions, nonprofit organizations that are doing work not only with art, but global issues that matter to all of us.”

Waters paired his Comme des Garçons sneakers with a pin-striped suit that was purposefully designed to appear as if cat hair had been left on the suit jacket. “You like it? It’s got fake cat hair all over it,” he said, adding that he himself does not own a cat. “It’s like a joke outfit — basically, it’s the worst thing you would fear could happen to you. So people come over and they go ‘John!’”

Koons was more practical with his footwear approach. “These are shoes that I acquired about a year ago. They’re comfortable. I thought they were dressy enough,” he said matter-of-factly, as the dinner program got under way.

Rowley, one of a handful of fashion faces in the crowd, was happy to have a night off from the circuit. “Maybe this is bad, but I like that this is not fashion,” she said of the gala. “Maybe I shouldn’t say that — I always get myself in trouble. I haven’t even had one drink yet. But seriously? I think the New Museum is daring and smart and has a lot of eccentric patrons, like Jeanne Greenberg,” as Greenberg herself walked up.

She didn’t opt for a pair of sneakers, but did have a good joke up her sleeve.

Sadly, the trainer did not make it out.