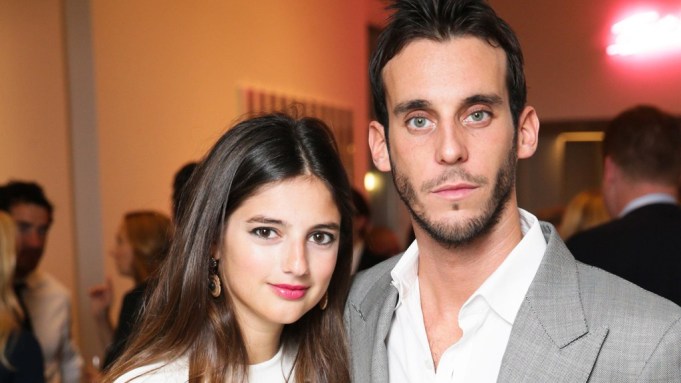 Two x Two for AIDS and Art is already Dallas’ chicest benefit, and this year style maven Nasiba Adilova managed to ratchet up the quotient even more.

The Russian transplant teamed up with Two x Two host Cindy Rachofsky and Vladimir Restoin Roitfeld to wrangle far-flung young collectors and fashion luminaries to the Southern city. They partied Friday with a Champagne preview at the Rachofsky House, the night before Two x Two marked its 15th anniversary with a contemporary art auction that scored $5 million for amfAR and the Dallas Museum of Art.

“I just asked people, would you please come? It’s for a great cause,” said Adilova, wearing a striking Mary Katrantzou pleated trapeze dress at the Friday night reception, which was sponsored by Farfetch.

Jessica Nowitzki and Anna-Sophia van Zweden, both in Katrantzou frocks, were among the local crowd, plus Tina Craig, Kim and Justin Whitman, Kari Schlegel Kloewer, Brian Bolke, Elisa and Stephen Summers and, of course, Howard Rachofsky, the collector, philanthropist and host.

All three floors of the white Rachofsky House were covered with contemporary art for the auction — 142 works by prominent artists including amfAR honoree Luc Tuymans. That was the main topic of conversation, though some of the pieces had already been claimed via buy-it-now terms on Artsy.net.

Meanwhile, the two Bettinas — Prentice and Santo Domingo — conjured magic. “If you stand between us, you can make a wish,” Prentice said. “Whenever we’re together, we do that.”

After the cocktail party, the pack drove downtown to Cook Hall for gourmet Southern fare hosted by the W Hotel, which also threw a Champagne-fueled after party upstairs in its new Extreme Wow suite.

Though the auction is usually almost exclusively art, Adilova boosted Two x Two’s take by collaborating with pals Craig and Miroslava Duma to procure two dozen fashion donations, including mammoth-ivory earrings by Fares and a gold turtle ring by Niarchos. Adilova returned the jewelers’ favor by hosting a trunk show for them Thursday at the sprawling Highland Park mansion she shares with fiancé.

“We’re friends with Nasiba and she likes my jewelry, and she invited both of us to come at the same time,” Niarchos explained. “We thought it would be a good time to come to America.”

Many of the visitors also attended the main event Saturday night in a colorful geodesic dome tent on the front lawn of the Rachofsky House.

Adilova was thrilled with her friends’ reactions.

“People did not want to leave,” she noted, “and a few of them changed flights to stay longer.”