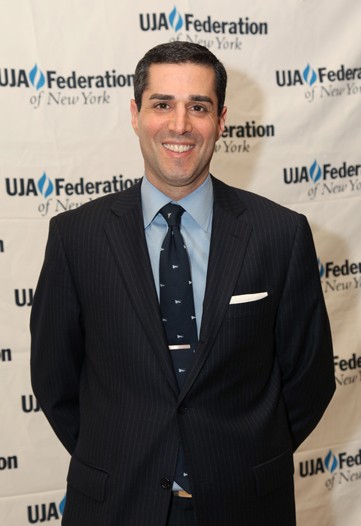 NEW YORK — Although the mood in retail and fashion is dour, a sense of hope and a willingness to help prevailed at last Wednesday’s UJA-Federation of New York fashion division luncheon at The Plaza.

“I think people need help now more than ever,” Katz said. “I am delighted to help, and that we were able to raise that kind of money in this kind of economy. I am very fortunate to work with a company that believes in community support.”

Pamela Fiori, editor in chief of Town & Country, introduced Katz by saying that she rose to the top of the luxury chain “like cream — naturally. Not because she clawed her way through the ranks. Good things happen to Karen organically.”

Donald Trump introduced Sirkin, a friend whom he likes to kid. “When I got here, it didn’t seem like anybody cared to ask about Allen,” Trump said. “All they wanted to know about was why I fired Dennis Rodman” from his “Celebrity Apprentice” show on NBC. Turning serious, he called Sirkin “a great marketer, but he’s a better friend.” The two have collaborated on Trump merchandise that sells at Macy’s.

“This is a very amazing honor,” Sirkin said. “But, really, I represent a platform of friends and business associates that I can call upon. In these difficult times, a spokesperson with a platform can make a difference.”

He said the luncheon would help the UJA-supported Kaplan House in Manhattan, a home for troubled teenagers. “We recognized just how special the people working there are.” Sirkin cited the luncheon’s “ying-yang” character by highlighting the needy in the world and the ability to help those in need. “Somewhere in the middle is the UJA. It’s a perfect trifecta.”

The luncheon will help support the UJA’s network of 100-plus health and human service agencies in New York. UJA-Federation’s mission is to care for those in need, rescue those in harm’s way, and renew and strengthen Jewish people around the world.