Fast Retailing Tadashi Yanai's son Kazumi said his father "is running faster than anyone in the company right now." 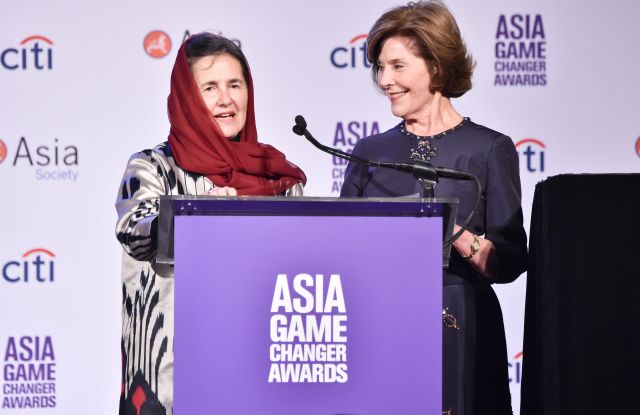 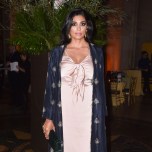 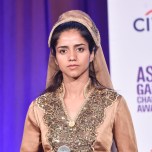 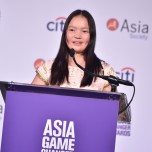 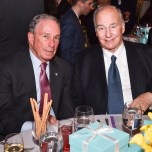 Far from being the omnipresent catch phrase, “game changers,” as seen and celebrated by The Asia Society, magnified forces in fashion, film, music and activism.

The work of the Aga Khan, Afghanistan rapper and activist Sonita Alizadeh, “The Eagle Huntress” Aisholpan Nurgaiv, Uniqlo founder and Fast Retailing chairman, president and chief executive officer Tadashi Yanai and others was honored by more than 1,000 supporters at Cipriani Downtown Wednesday night. Reading from a speech he’d written on the plane on his smartphone, another Game Changer winner, the actor Dev Patel, said, “Today I felt like I really wanted to represent not just Indian men or British Asian actors but I hope to represent people of all colors, creeds and classes, not just the arts but in any occupation that feels difficult to get a foothold in.”

The gala was intertwined with musical performances, including one from Wu Tong, a member of Yo Yo Ma’s Silk Road Ensemble. The cellist was saluted for “using his gifts, musical and otherwise, to build bridges between countries and cultures,” which is in line with Asia Society’s 60-year-plus legacy. Alizadeh rapped softly to relay her thanks, noting that 15 million girls are forced to marry each year.

Honoring Sesame Workshop with help from the First Lady of Afghanistan Rula Ghani, former First Lady Laura Bush said, “We think it’s a good sign of our times [that] these awards represent girl power. The power of girls and young women to make a difference and to change the world.”

Then came the Muppet “Zari,” whose name means “shimmering” in Dari and Pashto and who was introduced last year to viewers in Afghanistan, where 60 percent of children are not able to attend school. Another highlight was how environmentalist Len Ouch didn’t let a broken leg stop him from closing his acceptance speech by getting the crowd to chant “Forest, forest.”

Another Game Changer winner, Jean Liu, president of Didi Chuxing, the world’s largest transportation company, was unable to attend, as was Yanai. But his son Kazumi Yanai accepted the award on his behalf. Beyond starting seven clothing brands and opening nearly 2,000 Uniqlo stores globally, the Uniqlo founder was praised for donating millions of items of clothes to refugees in 62 countries, for making a personal donation of $10 million to the cause and for employing refugees in Japan and Europe. The company’s commitment will not wane, based on Yanai’s pledge to “continue to supply refugees with the clothes they need and give them hope for better lives.”

Accepting the award from former Australia Prime Minister Kevin Rudd, Kazumi Yanai said, “It’s been inspiring in the last few hours to be here and see this Asia power coming to New York and being celebrated in New York.”

Afterward, he waved off questions about reports of his father’s plan to retire in 2019. “He will never retire, you know, because a founder is the founder. He’s going to always be part of our business,” Kazumi Yanai said. “He’s running faster than anybody in the company right now.”

Asked what his father is most energized about, he said, “Success and being part of the good citizens in the world.”

As founder and chairman of the Aga Khan Development Network, the Aga Khan champions pluralism, tolerance and celebrating. After receiving the Lifetime Achievement award, he sent guests out into the night with this message: “Any leader of any global community hopes and prays for one thing — peace. Peace in every community, in every country of the world so that men and women can live in safety, build their futures with strengths, courage, hope and wisdom. These are the values that the leaders of my community, my institutions and myself are intimately linked with and will continue to work for for many, many decades ahead.”