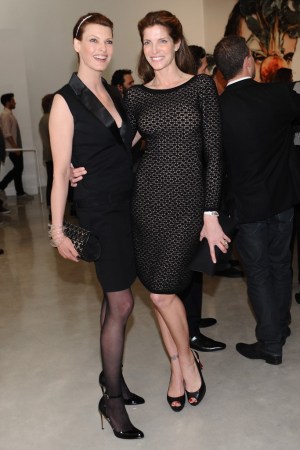 RELATED STORY: The Costume Angel of the Oscars >>

Evangelista was overheard telling art patron Maria Bell, head writer for “The Young and the Restless,” that her mother is a die-hard fan.

Surveying the scene, Beverly Hills grande dame Barbara Davis said of Fischer’s work: “I suppose I am the oldest person here. At least the movie stars in the paintings are older. There’s Jimmy Stewart over there, and Grace Kelly.”