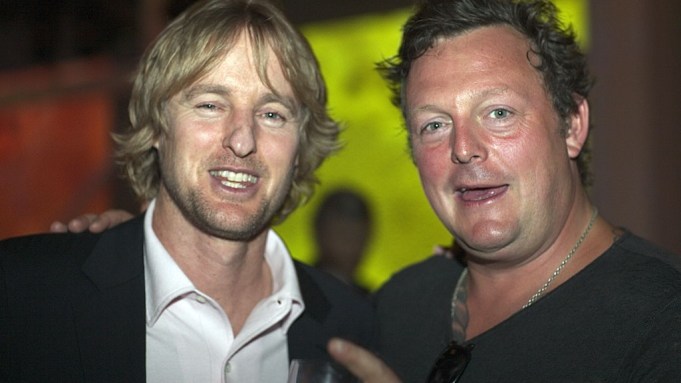 The Museum of Contemporary Art Los Angeles (MOCA) celebrated the opening of its Urs Fischer retrospective on Saturday night with a gala befitting of its recent dramas and the artist’s flair for the surreal.

The evening began at the MOCA Grand Avenue location with a survey of Fischer’s works from the past decade, including “Horses Dream of Horses,” with 1,500 plaster and resin raindrops strung on nylon filament, and “Untitled (Bread House).”

Guests then boarded shuttles to continue the evening at The Geffen Contemporary at MOCA, where five of Fischer’s sculptures were surrounded by clay art created by 1,500 Angelenos in the weeks prior.

Artist Rob Pruitt, charged with the creative direction of the evening, hosted by Larry Gagosian, made sure there were plenty more interactive experiences on the way in. Instead of choosing one theme, Pruitt chose a slew of them, from grass skirt-clad hula dancers greeting each guest with a lei to fur hat-clad waitresses serving Moscow Mules in tin cups. There was also a taffy-pulling station and a petting zoo of baby goats.

“This is something else. I like the idea of two parties,” said Eva Chow as she adjusted her purple lei over her black Lanvin gown and surveyed the scene. “As Andy Warhol said, ‘One’s company, two’s a crowd and three’s a party,” reminded Michael Chow.

Inside the Geffen’s south wing, the dinner tables were set with red-and-white-checkered tablecloths, bongs (a nod to the date 4/20 and the observance of cannabis culture) and other mismatched paraphernalia.

Dinner kicked off with the USC marching band making its way through the entire length of the space (earplugs were provided at each seat).

“It’s been a bit of a soap opera,” said Bell in her introductory speech, in which she made sure to mention that in addition to its trustees’ recent pledges of $75 million, the gala raised $2.5 million. “People have asked, Has Jeffrey [Deitch, the museum’s director] gone Hollywood?”

As if to answer her own question, Bell then introduced Deitch, who was portrayed by actor Stephen Nichols, best known for playing Steve “Patch” Johnson on the soap opera “Days of Our Lives.” The faux Deitch’s speech poked fun at his often-criticized penchant for designers, musicians and celebrities.

It was worth noting that there wasn’t an excess of actors in the crowd, just Owen Wilson and Timothy Olyphant, and guests were much more starstruck when the Go-Go’s took the stage. “I remember going to their shows at The Roxy,” said Pamela Skaist-Levy as she bounced up and down. “I know every word,” yelled China Chow beside her.

But the oddest couple spotted bobbing together was up front: Broad (sporting a lei) and Villaraigosa, both of whom seemed to know all the songs.

Looking around at the happy crowd, the real Deitch said, “Everyone from 20 to 80 can get into it. It’s a truly cross-generation experience.”

Fischer summed up the evening by saying, “Yeah, it’s not your typical gala. It’s not really like anything else, you know?”