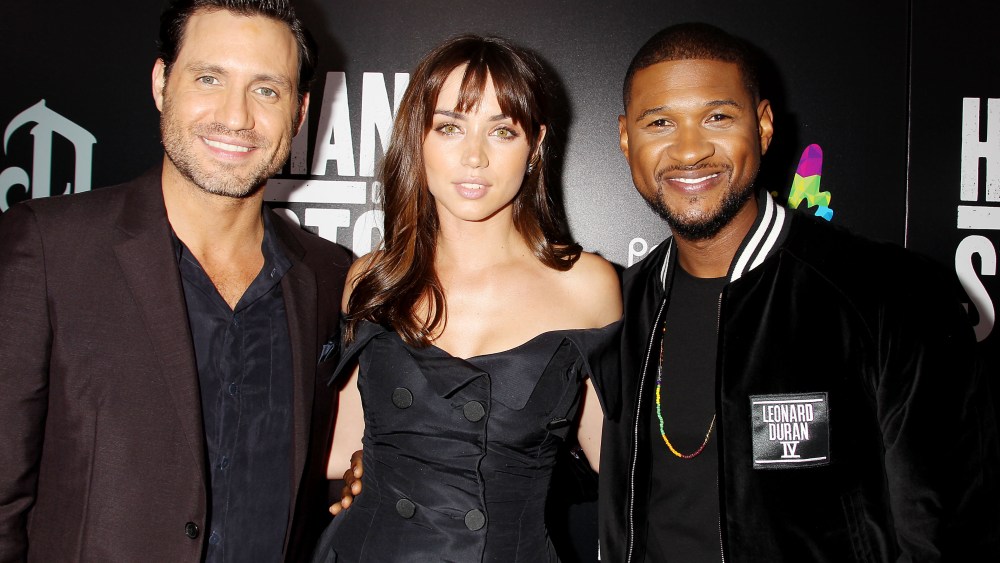 “It’s about eye contact, it’s about facial expressions, it’s all of those little things. It’s about the smile.”

Boxing legend Sugar Ray Leonard was sharing the acting tips he’d given Usher, who portrays Leonard onscreen in the biopic “Hands of Stone.” The film had its New York premiere on Monday night at SVA Theatre.

“I just told him to separate himself — in other words put Usher on the shelf to be me,” Leonard continued. “I give him an A-plus.” The retired boxer also gave reporters a flash of his washboard abs, provoking cheers from the press line.

“At 60 years old, that man is still looking like that,” Usher marveled, before demonstrating his side step on the red carpet. “Sugar Ray Leonard taught me the side step. I don’t know what it is about that, but it’s such a graceful move.” The singer was cast partially because of his dancing ability; Leonard was renowned for the way he moved around the ring. “This is an opportunity to shed light on an amazing man who’s an icon for a lot of people,” Usher explained. “And although this movie isn’t about Sugar Ray Leonard, it’s an important moment to celebrate our icons.”

“Hands of Stone” recounts the life of Panamanian boxer Roberto Durán, who faced off against Leonard in 1980 and captured the WBC welterweight title. The two fighters met again later that year for a rematch, which became famous for Duran’s “no más” forfeit. Édgar Ramírez portrays Durán in the film, and Robert De Niro costars as Durán’s trainer. Cuban actress Ana de Armas also appears.

The premiere was attended by a mix of young professional fighters eager to meet Leonard, as well as friends and fans of De Niro and Usher — most notably Jay Z and Beyoncé, who quietly slipped into the theater.

“It’s that contradiction between this fury Durán was able to convey in the ring, mixed with the biggest heart,” Ramírez explained of the film’s appeal. “I grew up listening to stories that my father would tell me about Roberto Durán, about his fury and how he was a beast and brawler. And then I read the script, I really tapped into his life, and realized this guy was one of the most compassionate, one of the most tender, and had the biggest heart.”