The "Orange Is the New Black" star shared her thoughts at Yola Mezcal's ACLU benefit dinner. 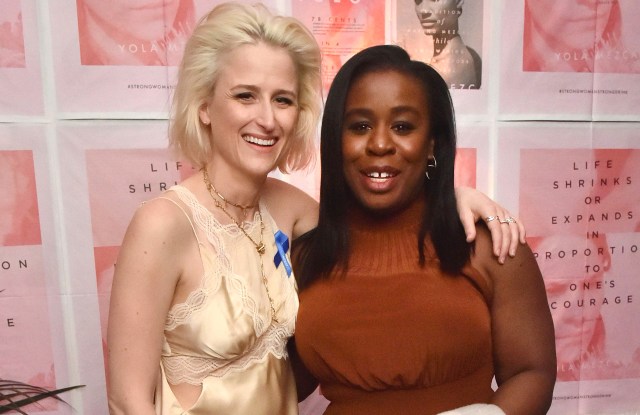 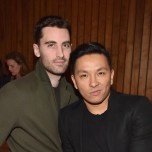 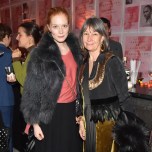 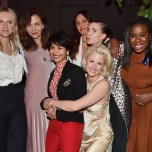 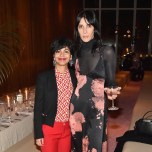 Uzo Aduba is aware of the stigma surrounding celebrities who speak out about causes that are important to them. But she thinks they should do it anyway. The “Orange Is the New Black” star attended Yola Mezcal’s ACLU benefit dinner at The Standard High Line in Manhattan on Wednesday, and opened up about why artists should use their platforms to affect change.

“Listen, I think to each their own supremely,” Aduba said before backtracking. “Whatever way you — no, that’s a lie. Yes, I do. How does art move if we don’t speak?” Aduba has long been an ally of the LGBTQ community, and is being recognized for speaking out against homophobia by the Point Foundation at their annual Point Honors gala next month.

“Everything we make, we create, is to say something,” she continued. “So then suddenly in your life you’re gonna be silent?” She doesn’t think celebrities should be bullied into speaking out, but she does think they should feel a responsibility to do so. “It is our duty as artists to use our voices as loudly and as passionately as we do when we’re on stage,” she said.

Aduba first attended an ACLU benefit concert in 2009, where she picked up a T-shirt with the phrase “dissent is patriotic” printed on it. “I think that sentiment resonates even more intensely now,” she said of the shirt. “The most patriotic thing you could do is use your voice as authentically as you can and make sure you align that voice with your true beliefs.”

The event featured a special performance by Kelsey Lu and Lykke Li, who cofounded the women-run Yola Mezcal brand with Yola Jimenez and Gina Correll. Everyone received an ACLU blue ribbon and was encouraged to wear it. And wear they did.

Why Celebs Wore Blue Ribbons to the Oscars