The magazine held a party at The Garden in the hotel on Tuesday night to celebrate its latest issue. 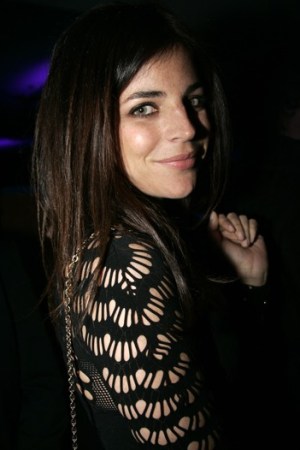 There are still a few days left, but the fashion week party scene sure felt like it hit its crescendo at precisely 12:58 a.m. Wednesday morning on the dance floor at The Garden, the party space at the newly opened Mondrian Soho. Shortly after a strobe light lit up the crowded dance floor, about $5,000 in dollar bills and facsimiles thereof — began to drop on the guests, care of several industrial fans in the corners of the room. Partygoers grabbed cash off the floor (and each others’ heads and shoulders), though it wasn’t quite the ruckus one might expect.

“I just made our cab money back,” one resigned young woman said to another. “I don’t make money in publishing.”

Their benefactor was V Man, which had dreamed up the stunt (as well as a guest list that included Keri Hilson, Tallulah Willis, Sean Avery and Leigh Lezark) to commemorate its most recent issue. The magazine’s current cover features a shot of Kanye West with hundred-dollar bills erupting from his mouth. As the money dropped, the rapper sat above the fray in a cordoned-off VIP section.