The fete was held in the Italian embassy of Paris. 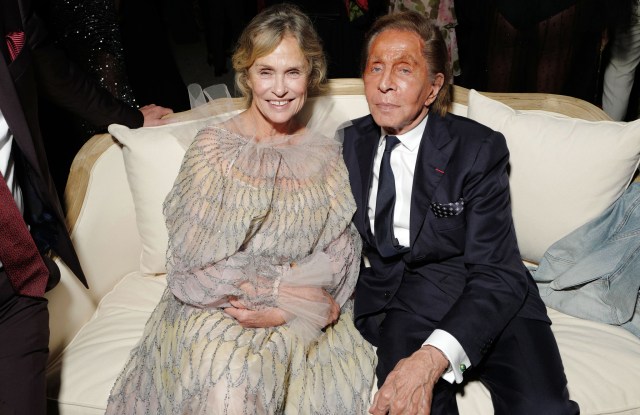 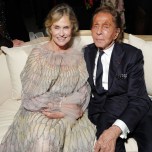 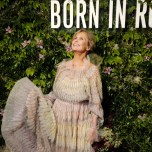 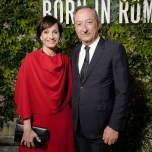 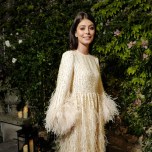 Capping off the fall 2019 couture season, Valentino and L’Oréal jointly hosted a ball Wednesday evening at the sweeping Italian embassy in Paris. The theme of the soiree, held in the elegant Left Bank building and its vast, plush garden, was “Born in Roma.” That is the moniker, as well, of the Italian fashion label’s new fragrance masterbrand.

Lauren Hutton had walked the Valentino show just a few hours earlier. “I loved it,” she enthused. “It’s the first show I’ve ever been in in Paris, in my life.”

Hutton had, of course, done a lot of modeling, but in front of a camera. “Giorgio Armani was a friend of mine, so [soon] after I did ‘America Gigolo,’ I did a shoot for [him],” she reminisced. “I really never did shows.” Movies — yes.

“I was off to Africa and good places,” continued Hutton. “I did not have time, hopping around.”

She’d not been to Paris for about eight years. “I had forgotten how beautiful Paris was,” said Hutton. Still, the actress harbors fond memories of Rome. “I made a movie with Yves Montand, Marcello Mastroianni,” she added. “They were two of my favorite men I’ve ever met — and I’ve met a lot of men. They were just both great men. They were telling me stories. It was just heaven.”

Actress Rossy de Palma worked in the Eternal City a lot, too, in the Nineties. “In bad movies, but with amazing light,” she said, with a laugh.

De Palma loved wandering around Rome. “I went to the Piazza Argentina, where Anna Magnani met the cats,” she said. De Palma would also grab a panini and head over to Casa di Livia — “beautiful and poetic memories.”

The Born in Roma fragrances’ advertising features Adut Akech and Anwar Hadid. “My one and only time I went to Rome was to shoot this fragrance campaign,” said Akech. “Every corner I turned there was something I’d never seen before.”

“It’s so beautiful — I want to go back as soon as possible,” said Hadid.

L’Oréal’s long-term fragrance and beauty license with Valentino began one year ago. “We started working almost immediately with Pierpaolo Piccioli [Valentino’s creative director] on what would be our first statement in fragrance,” said Cyril Chapuy, president of L’Oréal Luxe. “His whole idea was to reinstate strongly [a focus] on the origin, the DNA of the brand, which is Rome. Second, [on] diversity and inclusivity, which are values he believes very strongly in.”