The Italian house conscripted theater company Sleep No More for a fantasy-fashion promenade. 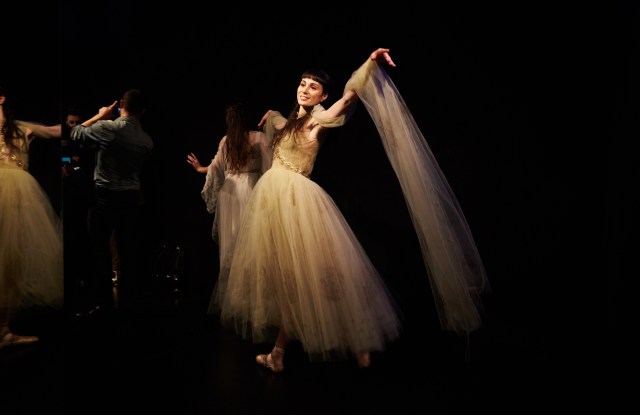 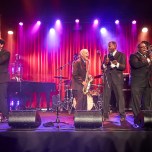 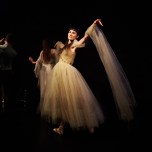 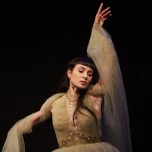 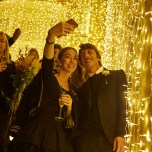 MOSCOW — In a week when outsider Donald Trump swept to power in the U.S. elections, Valentino chose an Americana theme for a lavish party in Moscow on the night of Nov. 10.

But the Italian house distanced itself from current affairs by more than six decades — transporting its 450 guests back to Manhattan in the Fifties, courtesy of immersive theatre company Sleep No More, which it conscripted to create a promenade of quaint storefronts including candy and shoe repair shops — plus speakeasies populated by dancers swaying in Valentino couture.

“I really would like to give people a Valentino experience that doesn’t stay within the boundaries as a simple show, but a unique experience that connects Moscow, Rome and New York. Basically, Valentino should transmit that the world should be connected,” creative director Pierpaolo Piccioli said, his words seeming to carry extra weight given Trump’s warm regard for his Russian counterpart Vladimir Putin.

Titled “Black Tiger” — a wink to code names for prohibition-era drinking establishments — and staged in a vast factory space, the event started with a dinner and live performance by the Preservation Hall Jazz Band, flown in from New Orleans. Then guests — mostly elite clients, plus a smattering of local celebrities — wound their way through quaint East Village scenes of yore, taking in performances orchestrated by Spanish choreographer Blanca Li.

“The particularity of the event was to bring the haute couture inside this industrial area in order to have a contrast between the Parisian high-end fashion and the industrial side of Moscow,” he explained. “The idea was to talk about the brand in a different way. Valentino is defined by the couture and by coolness, and Valentino is unique because of these two factors.”

After the Sleep No More experience, guests filtered into a party space with a DJ, cocktails and lounge seating.

“It was not only a fashion party, it was something intellectual,” mused Lara Meytin, who described herself as a loyal Valentino client. “I have attended many superluxury fashion events, but truly this one was something different as it was not only a simple show with models, but it was like an experience, like walking in New York City.”

Julia Pushkova, a student, model and finalist for Miss Russia in 2013, called the party “Awesome. The location was perfect and that jazz band got inside my soul. I just wanted to dance and jump.”