Rae Sremmurd gave a behind-the-scenes peek at their prep before joining Ne-Yo, Ty Dolla Sign, Shameik Moore, T.I. and more at the party. 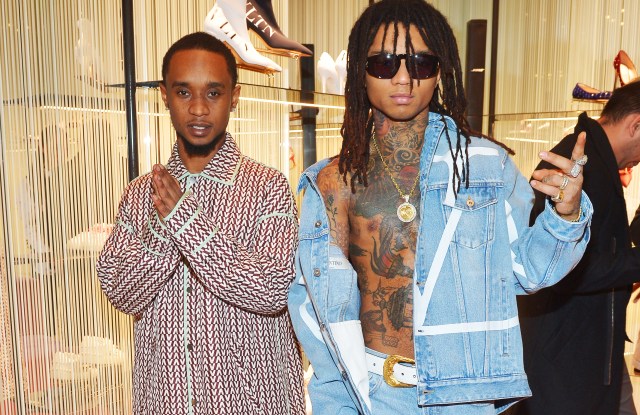 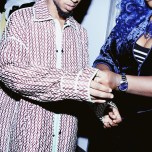 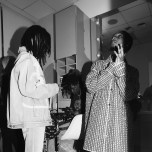 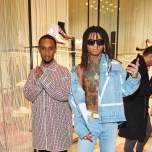 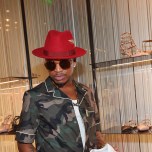 “I rock a lot of Valentino. Right now I own about 10 pairs of Valentino shoes, but I gotta definitely go out and get a lot more — probably 20 or 30 more,” said Swae Lee, one half of the hip-hop duo Rae Sremmurd.

Lee and Slim Jxmmi, the other half of the duo, were both decked out in the house’s new logo men’s wear on Tuesday night, which marked the addition of a 550-square-foot dedicated men’s area to the Rodeo Drive boutique in Beverly Hills. The store concept was developed by creative director Pierpaolo Piccioli with David Chipperfield Architects.

“Valentino is fly,” proclaimed Jxmmi. “I didn’t really know about it until after we achieved fame and we had the money to actually look at those types of things. But this is a firebrand. This coat I’ve got right now reminds me of some [Hussein] Chalayan stuff. I think they do different types of stuff, like this coat, I’d perform in this.”

Added Lee, “Hopefully we get locked in with Valentino and get a whole campaign. I like their dimensions on their pants and shirts; they are not too baggy and they lay nicely on the body when you wear them.” To make his point, he wore his Canadian tuxedo sans shirt to show off his tattoo art.

Also hanging out in the upstairs shoe salon was Ne-Yo, in his signature red fedora, T.I., Ty Dolla Sign, Charli XCX and Brandon P. Bell. It was an unusually hip-hop heavy crowd, but it represented European high fashion’s embrace of American musicians of late. (It’s a man-heavy event week in L.A. with the Dior Men x Maxfield pop-up launch and the GQ Men of the Year party both happening on Thursday.)