Designer feted the Valentino Garavani Virtual Museum at the IAC Building in New York on Wednesday. 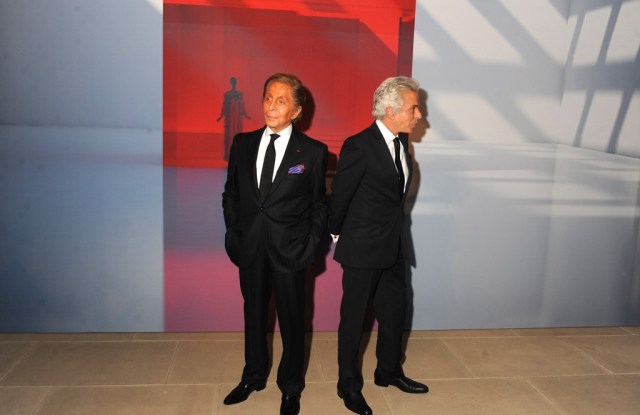 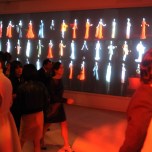 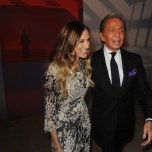 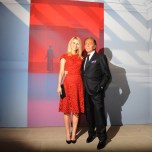 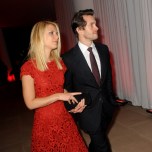 On Wednesday night, at the IAC building on Manhattan’s west side, Valentino was playing tour guide.

“I have to explain,” the designer said, taking a break from showing Sarah Jessica Parker and Matthew Broderick around.

This was an actual launch party for a virtual museum, so a little explanation did seem in order. Valentino and Giancarlo Giammetti were celebrating the kickoff of their latest venture, the Valentino Garavani Virtual Museum, a free app that catalogues the designer’s career archives in a digital gallery space. The building’s ultramodern lobby had been repurposed as party space for the evening, and an animated run-through of the museum’s offerings was broadcast on the high walls, occasionally casting the room in a warm red glow.

“I am very happy, I have to tell you,” Valentino said as his guests took seats on low white lounges, “because I have seen it thousands of times, but never big like this.”

It was big. So big, in fact, that the swooping animations caused a few jokes about vertigo among the crowd, a fluctuating group that at various points in the evening included Broderick and Parker, Claire Danes and Hugh Dancy, Daphne Guinness, Courtney Love and Rachel Zoe.

“There was a tight close-up of some tulle from, I imagine, the latter part of the Sixties or the early Seventies,” Parker said when asked for highlights from her personal tour. “He described in minute detail every bit of the construction of it — from the pulling of the tulle, the stretching of the fabric, the precision of the pinning, the women with the pins in their mouths, every single thing.”

A bit earlier in the evening, Harvey Weinstein, a certified old-media mogul if ever there was one, stood in front of the screens. He offered up effusive praise for the new-media concoction, which led to a pretty obvious question.

“Nobody wants me to be an app,” he said with a grumbly laugh.