The brand officially opened of its renovated flagship on Avenue Montaigne. 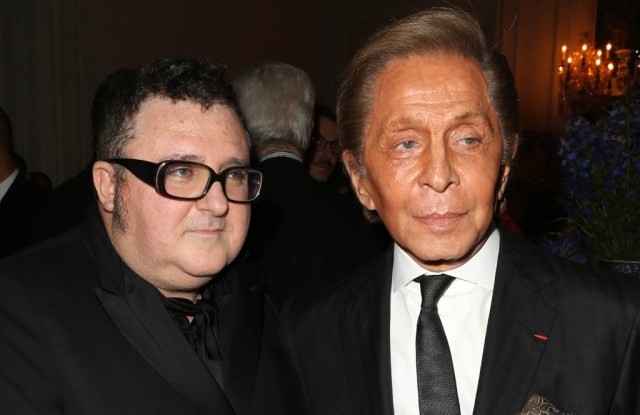 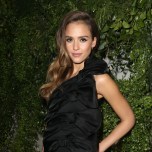 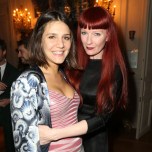 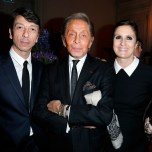 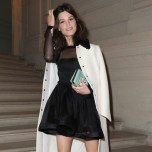 DOUBLE DUTCH: A table groaning with Delft vases, flowers and mounds of berries greeted guests at the Valentino dinner Tuesday night in honor of British architect David Chipperfield, following the official opening of its newly renovated flagship on Avenue Montaigne.

Maria Grazia Chiuri, co-creative director with Pierpaolo Piccioli, said the decor at the Hôtel Salomon de Rothschild — like the Valentino fall collection —  was inspired by a recent retrospective of the work of Johannes Vermeer and other 17th century Dutch painters in Rome.

“We wanted to transfer the mood of our catwalk show to the dinner,” she explained. “Even the tables have been named after his paintings.”

Valentino Garavani, accompanied by his business partner Giancarlo Giammetti, gave the soiree his seal of approval. “I love it because I have the impression that I’m in a corner of my house,” said the founder of the brand.

Guests including Jessica Alba, Elettra Wiedemann, Margherita Missoni, Ana Girardot and Cécile Cassel feasted on a meal prepared by Michelin-starred chef Yannick Alléno. Alighting at her table, French actress Mélanie Bernier exclaimed: “This is so beautiful! Did you see the buffet with the grapes and the strawberries? It makes you feel like a queen.”

Indeed, Marie Antoinette would have had a field day with the dessert buffet that was laid out after dinner. Tallulah Harlech stood impassive next to the spread, explaining that she has been working out ferociously since January with a trainer at Equinox in London.

“I am all about becoming the leanest and meanest of all,” she said. What about the glass of red wine she was sipping? “This is an antioxidant, it’s good for you,” Harlech said.