Winners, losers and the in-betweens fortunate enough to score an invite made their way to the Sunset Tower in West Hollywood. 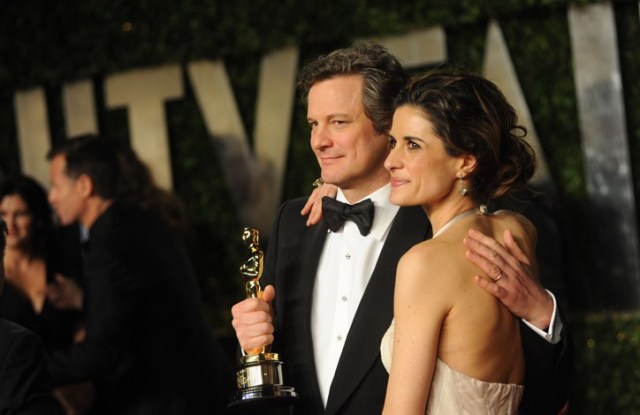 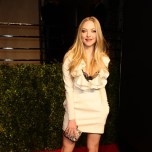 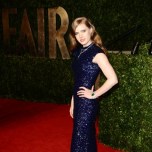 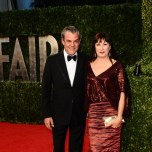 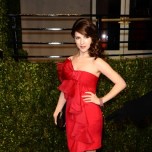 Even on Oscar night, even if you’re best-in-class A-list, even if you’ve got one of those gold statuettes in your hand, traffic cannot be avoided in Hollywood. But cooling one’s heels in the back of a town car is a small price to pay if one’s destination is Vanity Fair’s Oscar party.

The marathon celebration begins at 5 p.m. with a viewing party where the guest list is culled from those who don’t actually have to attend the awards but who are still plenty desired: Jon Hamm, Diane von Furstenberg and Barry Diller, Francis Ford Coppola. But things really get cooking after the last award has been handed out. That’s when the flat screens inside the Sunset Tower Hotel switch from the show to the red carpet outside. Fashion fans get to feast their eyes on not only a new set of dresses (shorter, sexier, more colorful is the name of the game), but also on the evening’s victors, trophies in hand, storming the palace.

“Hi, I’m Harvey Weinstein,” the mogul, whose movie “The King’s Speech” had just won four awards, told Justin Bieber and date Selena Gomez. “My daughters love you.” As he walked away, Weinstein muttered, “I should have taken a picture with that kid. My daughters would have gone crazy.”

On the terrace, Liv Tyler spent some quality time with her “American Idol” judge father, Steven.

“Did I tell you what Harvey Weinstein just told me?” she asked her dad. “He said he wrote you a love letter over e-mail about how great you are on the show. I’ll have to get him to e-mail it to me if you didn’t get it.”

In the hotel’s lobby, Scarlett Johansson chatted with Hilary Swank and Michelle Williams. When the latter moved on, Reese Witherspoon took her place. Deeper inside the party, there were Sirs Mick Jagger and Elton John alongside an oddly sport-centric trio of Michael Oher, Jeff Gordon and Shaun White. Isla Fisher and Emma Stone caught up while Sacha Baron Cohen waited patiently. Bachelor Anthony Mackie chatted with Kerry Washington and Zoe Saldana, while Jeremy Renner was surrounded by a bevy of beauties as well as his mother.

“How do you find a burger around here?” asked Jacqui Getty, who had been sent by Coppola to locate one.

“How is your play going?” Anne Hathaway asked Jane Fonda over by the bar.

“I’ll never do another one,” Fonda replied.

“How does a 14-year-old navigate this party?” wondered Amy Adams aloud. It wasn’t quite clear if she was talking about Bieber or Hailee Steinfeld, who changed out of her platforms into red Converse high-tops. She kept the Marchesa princess gown she wore to the ceremony on. “No way,” the young actress giggled when her brother dared her to take a photo with a nearby Donald Trump.

Zooey Deschanel finally took off her heels and stood in stocking feet, while Colin Firth’s wife, Livia Giuggioli, changed into flat sandals, black leggings and a cashmere sweater. “Now I’m comfortable. Otherwise it’s no fun,” she said. Lily Collins almost didn’t make it out for the fun at all due to a wardrobe malfunction. The starlet had to call her mother to cut her out of her Stella McCartney gown after the zipper broke on her way out the door.

Hours seem like minutes when a party is in full swing, but eventually people made it to the valet, where even those who’d called ahead for their cars still had to brave the crowds on the curb.

“Bigelow!” called the valet. “Your car is here! Mackie! Garfield! Boyle! Vergara!” and the list went on.

George Hamilton cooled his heels with a couple of In-N-Out burgers from the truck parked out front.

Vanity Fair isn’t the only game in town for Oscar viewing, though. Before he made his way over to the magazine’s bash, John raked in the celebrities and the charitable contributions at his 19th annual AIDS Foundation Academy Awards viewing party at the Pacific Design Center.

“[This event is] a huge payday for us, it’s the biggest fund-raiser in America,” John said as he hit the red carpet in Christian Louboutin studded shoes. “It’s $4 million, hopefully, and that saves a lot of peoples’ lives.”

Florence Welch arrived in a floor-length Valentino gown around 5 p.m. to pose for pictures before heading to the Academy Awards to perform, followed by a return trip to the viewing party for her second performance. “There’s two of me,” she grinned. “It’s hectic, I’m trying to keep everything on time. I’m a bit nervous.”

Inside, guests were served a five-course dinner and drinks while watching the show, and received visits from John and David Furnish, who traveled to each table to personally thank people for attending, and to chat about their new son.

“He’s with the nanny. It’s the first time we’re not there at bedtime,” Furnish said. “It’s very rare we miss a bedtime.”

The dinner crowd was relatively mild-mannered during the awards show, except during Firth’s best actor win, and best film win by “The King’s Speech,” when it erupted with applause and cheers. Florence and the Machine went on after dinner, and the crowd exploded with energy when John joined Welch onstage for “Tiny Dancer.”

Next, the duo performed “You Got the Love,” a Florence and the Machine original.

“I know this is a black-tie benefit, but can you do me one thing? I’ll demonstrate,” Welch said after John rejoined the audience. “If you’re sitting down or you’re worried about your diamonds you don’t have to do it,” she said as she began to jump in the air.