Graydon Carter played host to a plethora of A-List stars, models, athletes, socials and even royalty. 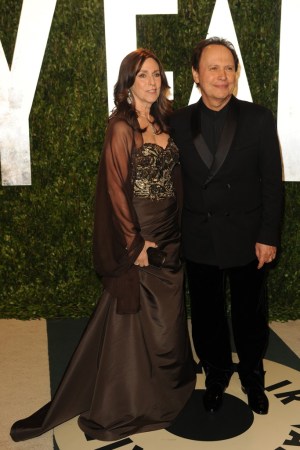 There seemed to be more movie stars at Sunset Tower than there were at Hollywood and Highland Center on Sunday night, when Graydon Carter played host to a plethora of A-List stars, models, athletes, socials and even royalty at Vanity Fair’s annual post-Oscar bash. Almost everyone who attended the ceremony and then some made a stop at the carefully calibrated celebration, where attendees were required to bring microchipped cards to hand over to security as they entered at their specified times.

“I have yet to be invited before 11:30 p.m.,” remarked Ginnifer Goodwin. She needn’t have worried. The lion’s share of star power was still in full force just before midnight, where Ben Stiller, Diane Kruger, Sandra Bullock, Kate Hudson and Billy Crystal converged within feet of one another. Meanwhile, Prince Albert and Princess Charlene of Monaco looked right at home as they posed for photos with guests.

In one room, Salma Hayek was high-fiving with Chris Evans, who introduced her to a look-alike pal, saying “He just signed with CAA.” Zoe Saldana stuck close to Bradley Cooper, and Tim Tebow made small talk with Karolina Kurkova. Out on the smoking patio, Seth Rogen and others munched on In’n’Out burgers and mini grilled cheese sandwiches. Around every corner, there was a mix of young and old, such as Max Von Sydow and Selena Gomez, and Quincy Jones and Miley Cyrus. “It’s so civilized. You never see anyone behaving badly here,” said Kelly Lynch’s daughter Shane, in a dress she had pilfered from her mother’s closet. “I think the dress dictates your behavior. I can only say elegant things tonight,” said Ellie Kemper.

Many, like Jennifer Lopez, Cameron Diaz, Shailene Woodley and Emma Stone opted for wardrobe changes. Diaz came close to a wardrobe malfunction when the strap of her dress came undone, but Steven Gaghan quickly came to her rescue and re-snapped it. “I think I’m done. We’re so tired,” said Olivia Wilde. At least as a hotel guest she didn’t have a long journey to her bed.

Less fortunate was Zach Galifinakis, whose chauffered SUV was stuck in traffic. As her Prius pulled up, Aimee Mann said, “See, I told you the small car would come first.” She playfully leaned out of her window gave him the bird as she drove away, prompting him to say, “That’s real nice, Aimee.”