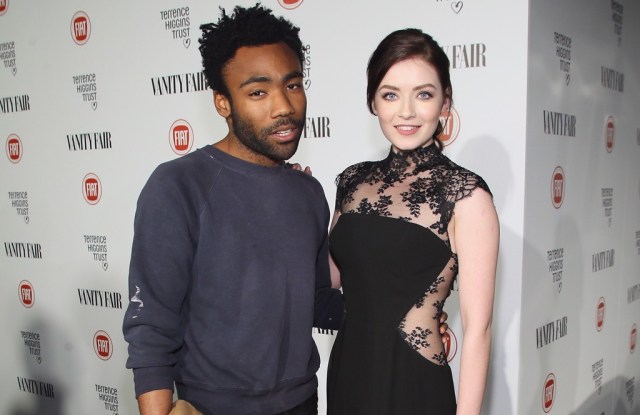 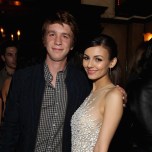 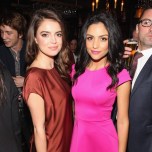 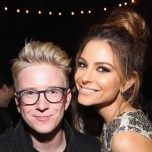 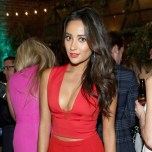 “We’re just trying to come up with some funny stuff, but we don’t know if we’ve got any.…We’ll soon find out,” James Corden said of his new gig as host of “The Late Late Show.” The British comedian was also playing cohost at Tuesday night’s Vanity Fair and Fiat Young Hollywood party at hot spot No Vacancy, which drew actors Dominic Cooper, Keith Stanfield, James Frecheville, Will Peltz, Luke Bracey, Thomas Mann and Jenny Slate, to name a few.

“It’s Oscar week, and why not have a fun night out, be young in Hollywood?” said Ahna O’Reilly.

Inside the small club, the music thumped while “Modern Family” starlet Sarah Hyland locked lips in a photo booth with new boyfriend, “Vampire Academy” star Dominic Sherwood, while “Eye Candy” actress Victoria Justice had her own beau, Pierson Fode, in tow. Donald Glover, known by his stage name Childish Gambino, said he made a last-minute decision to show up at the event, where his friend Nicole Lyn, aka DJ Ms. Nix, was manning the turntables.

Meanwhile, models-turned-actresses Brooklyn Decker, Emily Ratajkowski and Suki Waterhouse turned heads. Decker said she was rooting for Best Picture nominee “Boyhood.” “I’m an Austin girl, and it was an Austin film. I feel like I have some very bizarre ownership to it even though I don’t at all,” she said. “Also, my friend John Legend is nominated for the music in ‘Selma,’ so I’m rooting for him. I will probably be watching [the Oscars] in pajamas and there will most likely be wine involved.”

Later, comedienne Whitney Cummings chatted away with singer-songwriter Sia, who caused a minor commotion with her brief appearance. The room became so crowded that guests spilled out into the courtyard, including Lydia Hearst, “How to Get Away with Murder” actors Jack Falahee, Aja Naomi King and “American Sniper” actor and first-time Oscar attendee Jake McDorman.

“I’m rooting for Bradley [Cooper] just to bear witness to all the dedication that he went through for that role,” said McDorman, whose eco-friendly Oscar tuxedo (part of Suzy Amis Cameron’s Red Carpet Green Dress campaign) is still in the process of being made. “Honestly, I’m just excited to be in the same room as the people who will be there.”