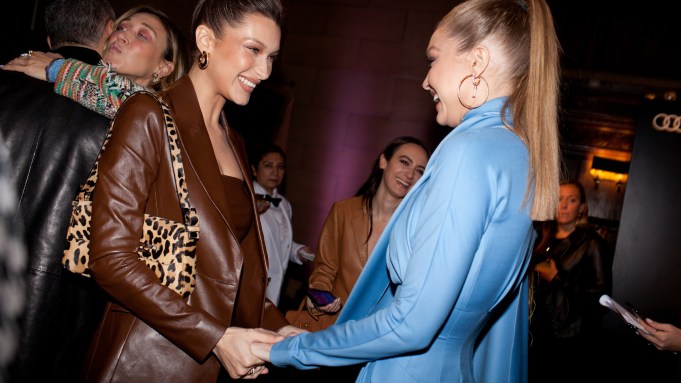 “Well, you know, sometimes in this business you just gotta do things that you’re not proud of.”

Kacey Musgraves was onstage inside Cipriani 42nd Street, recounting the verbatim response from a conversation she’d had with “a grown man, one that runs a company” ahead of the release of her first single, “Merry Go ‘Round,” in 2013. He didn’t think the song was upbeat enough. It wasn’t enough of a crowd-pleaser.

“And I said, ‘That’s where you and me are very different,'” Musgraves continued to recall. She held her ground and released the song anyway. Later, it would win a Grammy for best country song. The crowd inside Cipriani responded with enthusiastic applause.

It was just one of the many vignettes told onstage by this year’s honorees at the Variety Power of Women luncheon presented by Lifetime, highlighting — yes — the power of women, of authenticity, and of standing for a cause. Musgraves was honored for her support of the Grammy Museum; Gigi Hadid was recognized for her support of UNICEF.

“I feel resentment toward social media at times, but as I documented my trip with UNICEF, I understood the true value: someone is listening,” Hadid said, recounting her experience visiting a Rohingya refugee camp in Myanmar last year. “Be a voice for someone, support someone, encourage someone, tell someone how they inspire you. We can not let the negative comments bad energy and false assumptions of us keep us from doing important [things].”

The next honorees were Taraji P. Henson for her support of mental illness in the African American community and Christiane Amanpour for her commitment to the pursuit of journalistic truth.

“In my arena, power is not about a dominance, power is simply about using what you bring to the table for the good of your community, your society, your fellow men and women, the future generations,” Amanpour had shared during the Audi-sponsored event’s pre-lunch cocktail hour. “I believe those in positions of power have a responsibility to really make this world a just and sustainable place, whether it’s climate, whether it’s race, whether it’s gender, whether it’s inequality of economic opportunity, whether it’s health. All the people who have the ability to affect and influence, that’s how they should use their power. That’s what I believe, and that’s what I do as a journalist.”

Bette Midler was awarded not for her illustrious career in entertainment but for her ability to pick up trash. Midler founded the New York Restoration Project in 1995 to clean up New York City green spaces. “I’m the Marie Kondo of the outdoors,” Midler declared to the crowd in her speech, the last of the evening’s speeches. “We do spark joy outdoors.”

Joy was certainly sparked within the halls of Cipriani; the inspiration was palpable among the crowd.

“Do you hear who I’m in a room with? I just want to sit in the oxygen of the fabulous women being celebrated, and all the women around me,” remarked Broadway actress Beth Leavel, who stars in “The Prom.” “How often do I get to do that?”