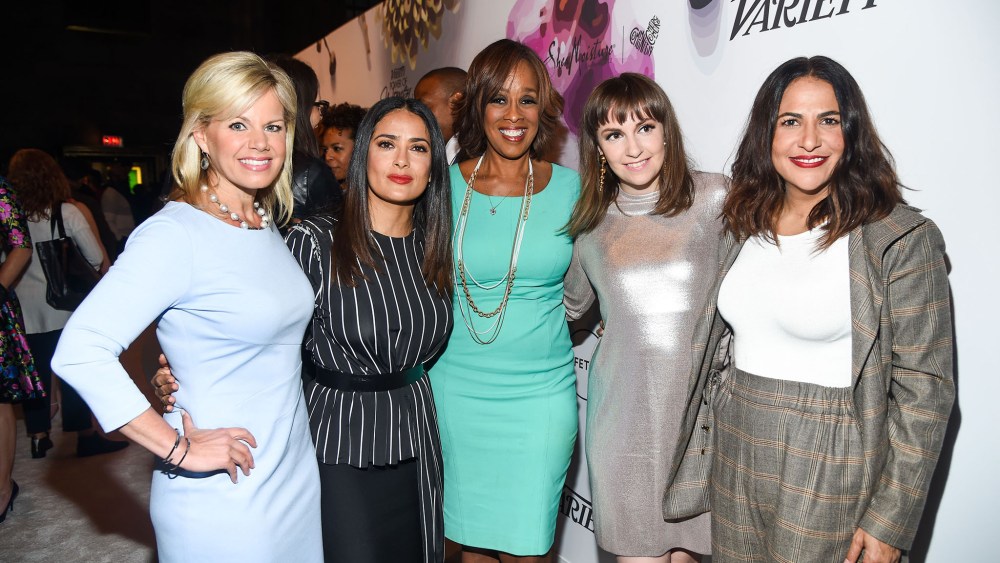 Blake Lively knows how to handle a red carpet. On Friday, she graciously challenged questions from reporters inside Cipriani Midtown — about fashion, “Gossip Girl,” the need to designate women as “boss” — to redirect the attention to the causes and celebration at hand. Lively was being honored along with Jessica Chastain, Chelsea Clinton, Gayle King, Audra McDonald, Shari Redstone, and Tina Knowles Lawson at Variety’s Power of Women luncheon for their philanthropic efforts, which span from supporting Planned Parenthood and Covenant House to promoting initiatives to help children establish healthy habits.

“A powerful woman, I think, is a woman who feels comfortable in her skin,” Lively said before taking the stage to throw her support behind the Child Rescue Coalition Against Child Pornography. “I think women still tend to apologize for themselves, but a woman who is at least conscious of that, who knows her value, who stands up for what she thinks is right – I think that’s what’s most important, and that can really extend into standing up for yourself or others,” she continued. “I think all women are powerful. I think our society just tries to minimize women so much — I mean, we do it ourselves. I think that a powerful woman is literally just having a vagina.”

By her definition, there were many powerful women in the room. Presenters Lena Dunham and Selma Hayek greeted each other with an emphatic embrace, while Kate Walsh and pro soccer player Christie Rampone mingled against the backdrop of the impressive former bank space, decked in colorful florals for the event.

“I think that women have come so far, but we still have a long way to go,” said Gretchen Carlson, who last year filed a lawsuit for sexual harassment against her former Fox News boss Roger Ailes; a fresh topic given Bill O’Reilly’s ouster from the network earlier this week. On Thursday, Carlson mulled over several of the issues facing women in media, which include the low percentage of women leading Fortune 500 companies.

“We have a lot of work to do on that, but we need men in that equation. We need men to hire more women in those positions, promote more women, and of course pay them equally,” she said. “Which is hard for me to even say in 2017 that that’s still an issue, similarly to sexual harassment. We need to have enlightened men who value women, who value their ability to rise to the upper levels.”

Each honoree took turns onstage throughout the lunch, which was presented by female-centric TV channel Lifetime and supported by Karma Automotive and SheaMoisture. Clinton closed out the event, ending with a rebuttal to an earlier joke from event host Vanessa Bayer.

“Vanessa, we may be able to say in this room today that no one’s mother is currently president,” Clinton told the crowd. “But someday, someone’s will be.”

Freida Pinto Takes a Stance in “Guerrilla”
Jennifer Hudson is Nostalgic for the Nineties
Sienna Miller on Motherhood, Being ‘Shy and Weird,’ and Taking on Tennessee Williams
Gavin Rossdale on His New Clothing Line, Making Music and Being a ‘Soft Touch’ Dad
Michelle Branch: Back at Last