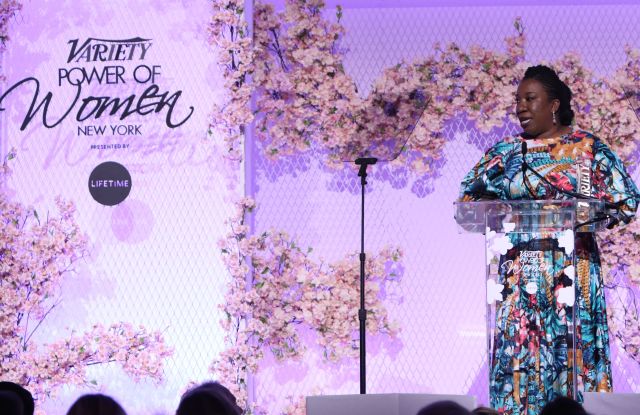 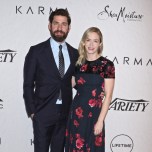 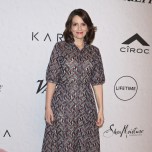 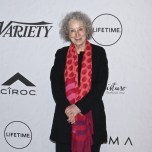 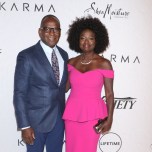 In a stereotypically pink room, from the napkins to the lighting, high-profile women were pushing to advance women’s rights beyond the typical at Variety’s annual Power of Women luncheon.

“Cultural change always precedes policy change,” Alicia Keys said, accepting an award for her work with Keep a Child Alive, which works with children and women impacted by HIV.

Although the culture may not have yet changed, from things like harassment and sexual assault still affecting most women to the nondisclosure and forced arbitration agreements that are still standard in employment contracts, the lunch at the very least highlighted a willingness to bring up issues and words that have been characterized as shameful for so long.

Padma Lakshmi, an honoree for her work with the Endometriosis Foundation of America, which funds research and raises awareness for the uturen disorder that affects 200 million women, rattled off more than a dozen slang terms for the vagina toward the end of her acceptance speech. She also brought up menopause, because a false induction of it is one of only three treatments available for endometriosis.

There were many moments like this, where speakers and honorees like Emily Blunt, Viola Davis, Emily Mortimer, Bridget Moynahan, the author Margaret Atwood, Sen. Kirsten Gillibrand, former news anchor Tamron Hall and the event’s host Samantha Bee brought up common feminine issues that have long been considered impolite for public discussion.

Tarana Burke, accepting an award for her founding a decade ago of the #MeToo movement and her continued activism, noted that “movements are made from moments.”

Burke, who received a standing ovation nearly every time her name was mentioned by an honoree or a speaker ,also expressed surprise at her personal place in the corner of activism she helped found.

“Everyday that I wake up and people still want to hear what I have to say, I’m surprised,” Burke said.

But she went on to urge the almost entirely female audience to push back at attempts, by public figures and not, to characterize #MeToo as something other than women and survivors of sexual harassment searching for community, empathy and belief in their experiences.

“Right now, the conversation is mired in misconceptions,” Burke said. “Folks think that this is about naming and shaming, they think it’s about taking down powerful men, but they’re wrong. Even the women who came forward about Harvey Weinstein….They were simply trying to be heard and be seen and be believed. That’s all most survivors want….Let’s not squander this moment by allowing others to define it for us.”

While the lunch took a serious tone, there were moments of levity. Atwood summed up the tenor of the event and a revitalized women’s movement buoying it by paraphrasing Charles Dickens’ famous line: “It’s the best of times and the worst of times for women.”

Unsurprisingly, it was Tina Fey, the final honoree for her work with Reading Is Fundamental, which supports U.S. literacy and books for children, who combined old school feminism with humor.

“My whole life is just ride or die b—hes as far as the eye can see,” Fey said after listing off the many women who she said have helped and inspired her in her entertainment career. “I do use the word b—h sometimes because, as Kimmy Schmidt would say, ‘A b—h? A female dog? You mean the thing that makes puppies? Thank you — nice compliment.’”

Fey also barbed her early experience in the late Nineties as a comedy writer, a field that’s still predominantly male.

“When I first started out, female comedy writers were treated a little like cappuccino machines in that, if you tried to hire a few more, people would look at you like, ‘But we already have one, it’s you,’” she said. “Then god forbid the one you had was a little bit broken, because everyone would be like, ‘Oh, you know, we had one before and it broke and we just had to get rid of it.’ Right Sam?”

Fey was talking to Samantha Bee, who, after more than 15 years in comedy, in 2015 became the first woman to host a late night show. During her opening monologue at the lunch she urged the audience to flag her down if news broke of the existence of “the pee tape.” She was referring to former FBI director James Comey’s new revelation that President Trump asked him to investigate rumors that he paid women to pee on a bed in Moscow at some point before his presidential campaign.

But Bee also took up the theme of advancing women’s rights and empowerment, starting with the workplace. Her writing staff is half women and she made sure to tell the audience how great they are.

“If you’re in a position to hire people, take it from me and hire women — sometimes you just have to put your money where your mouth is and go for it,” Bee said. “They’re incredibly smart, they smell like flowers and you save a fortune because they only cost a fraction of what you pay men.”