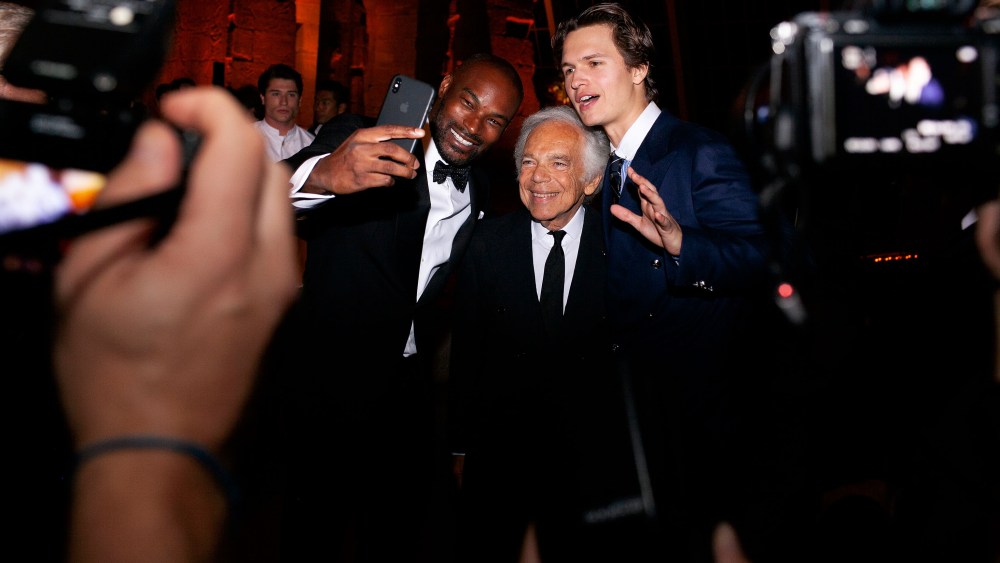 The film had its premiere at the Metropolitan Museum of Art ahead of its debut on HBO next month. In addition to the Lauren family — Ralph, Ricky, children Dylan, David, Andrew, and their respective partners — the designer was joined by his wide net of friends, fans and frequent collaborators. Bruce Springsteen was one of the earliest arrivals, and although the rocker declined press, he did offer that he’d known Ralph for more than 30 years, describing him as “a wonderful guy.”

No doubt, everyone there had something nice to say about the iconic American designer.

“His story is a tale of not only fashion, it’s much larger than that. It’s a tale of American culture and America for the last 50 years,” said Vera Wang, who once worked for Lauren. “And American success — and one in a real way, a hard way. I mean, that’s a good story.”

Many of the people interviewed in the documentary were in the crowd to see it for the first time, including longtime friend Donna Karan. “I haven’t seen my part in it yet, so I’m really interested,” she said. “I know I’m in it, but I haven’t seen it. I have so many stories of Ralph.”

Jordan Roth — wearing both vintage and modern Ralph Lauren, with a feathered accent — described the theatrical experience of visiting the designer’s flagship in the Rhinelander Mansion on the Upper East Side. “It’s an entire world that you enter into, that you’re invited into. And you can be a part of it by just wearing one piece,” he said. “I feel that way whenever I see his advertisements, his windows.”

“People who had that great an impact on the culture and that crossed so many lives, [people] mostly want to participate,” said director Susan Lacy. “And then it’s just about scheduling. When you’re trying to schedule Naomi Campbell, oh my god. I think she was the hardest one to schedule because she’s hardly ever here.” (Case in point — Campbell didn’t make the premiere.)

David Lauren described his first viewing of the documentary as “very emotional. It’s amazing to see someone you know so well captured by someone else,” he said, next to wife Lauren Bush Lauren.

“And then they combine pictures and videos and tell a story that just gets you at the gut. For me, some of the pictures I hadn’t seen since I was a kid, and stories I hadn’t heard since I was a kid. So when I watched it on a big screen, it was kind of like watching my life flash before me, even though it was my father,” he added. “Magazine articles can paint a picture, but when you see it come to life, this is the richest most robust storytelling that’s ever really been done on Ralph Lauren.”

“I was telling David, even though we’ve known each other and I’ve known the family now and Ralph for 15 years, I actually learned a lot about the beginnings of his company and the gut and grit it took,” said Lauren Bush Lauren. “Some stories I had heard, but to see it visually I think made such a difference as well. It was really emotional and I think Susan and her team did a beautiful job capturing his life, which is a hard thing to do.”

Dylan Lauren summed up the film’s appeal: “It’s a private life behind the scenes and fashion all in one,” she said. “It’s hard to summarize 80 years of a life and 50 years of being in his business in an hour and a half, but they did a great job. There’s a lot more to tell.”

After the screening, celebrations continued into the late evening at the museum’s Temple of Dendur.