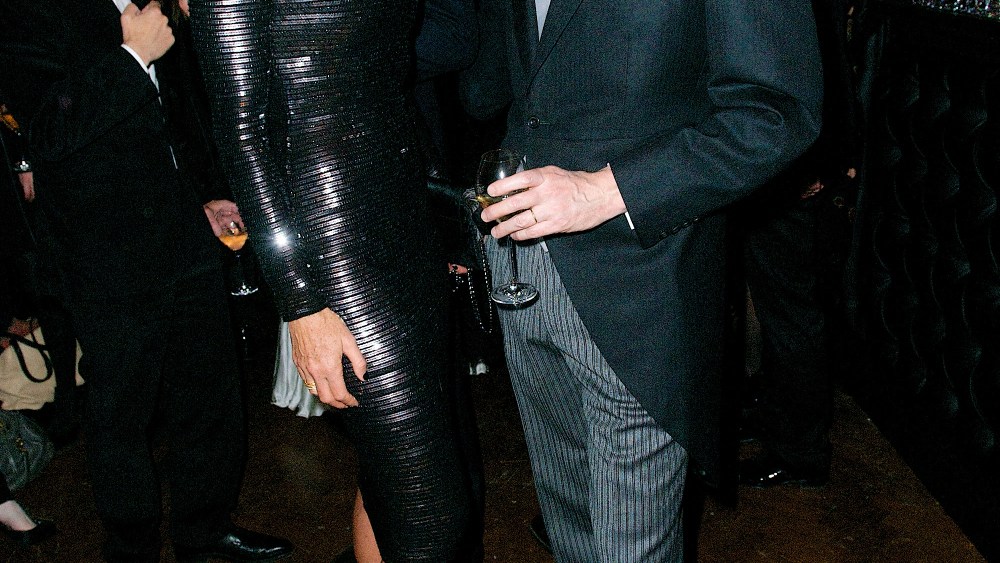 SCARE TACTICS — Arizona Muse felt that she was underdressed for the launch of the Veuve Clicquot Widow Series on Wednesday night. “I’m really annoyed, my agent said that I shouldn’t get too dressed up but look at everyone here! These outfits are amazing!” said the model, who was wearing a black sequin minidress. She said that this Halloween she’ll be taking her son trick-or-treating on the streets of London. “I’m going to dress up as a leopard and my son always wants to wear the same costume, a robot from ‘The Incredibles.'”

Elle MacPherson, in a clingy gold dress by Ermanno Scervino, said she was hoping to be walking on the sands of Coconut Beach in Miami with her son by the spooky holiday. She was reminiscing about past Halloweens spent in New York. “They were just the best — so wild,” she said. “The parties and the costumes!”

The Widow Series is a new annual event to celebrate cultural and creative excellence. For the inaugural party, Veuve Clicquot harnessed the imagination of Nick Knight to curate the immersive exhibition and commission new artwork encapsulating the theme “A Beautiful Darkness.”

Guests who gathered at the old Central Saint Martins campus included Charli XCX, Otis Ferry, Rafferty Law, Lady Kitty Spencer, Jade Parfitt and Marissa Montgomery. They wove their way through a series of dimly lit rooms, discovering taxidermy by Rose Robson, a performance by Imma Mess of an interpretation of gestures of caged birds, and a live reading from Edgar Allan Poe’s “The Tell-Tale Heart.”

Valhalla Pure Perfume Collection perfumer Michael Boadi, who created the scent that the Duchess of Cambridge wore on her wedding day, had made a special perfume for the night, combining the essences of four roses. Encased under glass, the large flacon looked like a vial of poison as scented mists wafted from the plinth it was displayed upon.

A heavily pregnant Jaime Winstone skipped down a dark corridor. “I love Halloween!” she said. “Such a good excuse to get dressed up as Beetlejuice’s pregnant teenage daughter.”

While the event was dark and gloomy, the DJ’s playlist wasn’t. Songs by Beyoncé and Sophie Ellis Bextor were played to the crowd who gathered in the atrium, where podium-dancing clowns dressed by Gareth Pugh bopped with the assembled crowd.