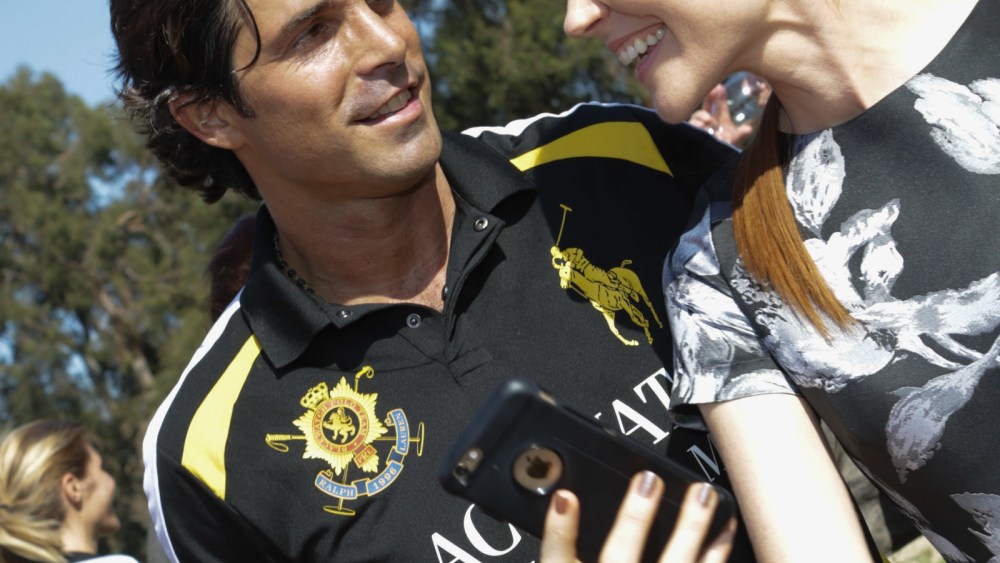 One of the allures of the Veuve Clicquot Polo Classic is free-flowing Champagne, but both regulars and newcomers to the sixth annual fete on Saturday were in for a few surprises. Upon arriving at Will Rogers State Historic Park in Pacific Palisades, Calif., Gwyneth Paltrow, January Jones, James Marsden, Langley Fox Hemingway, Camilla Belle, Rachel Zoe and other guests spotted a giant Veuve Clicquot sign reminiscent of the landmark white letters towering over Hollywood. Then, they noticed a feminine addition to both polo teams.

After cheering her husband, respected player Nacho Figueras, throughout the years, Delfina Blaquier got her chance to slip into riding pants. Although she has been a teammate of her husband and 15-year-old son in private, the day opened up the sport for her professionally. “It’s my first time playing in front of 7,000 people,” the slightly nervous Blaquier said. “This opportunity for me was [Veuve Clicquot USA senior vice president] Vanessa Kay’s idea. She thought it would be special to bring women on the polo field. It’s great. I feel very responsible for that.”

Emboldened by the headlines streaming out of Hollywood regarding Jennifer Lawrence, Lena Dunham, Amy Schumer and other A-list actresses taking a firm stand on issues affecting women, several guests at the sun-drenched soirée got a kick out of watching Blaquier thunder down the field on horseback with mallet in hand.

“Delfina is handling it better than I would,” said Bellamy Young, who knows a thing or two about stressful situations from her role as a Hillary Clinton-style presidential hopeful on “Scandal.” “She was lovely as a normal human and then we saw her stride by in her uniform and we were like, ‘Wait, what?’”

Rachel Roy loved the thought of a new role model for her daughters, who have become young philanthropists. “We’re so pro-girl around here, you can’t even imagine,” said the designer, who prepped her daughters for the game with riding lessons. “That’s going to be great news for my seven-year-old Tallulah.”

Inside the VIP tent, amid oversize Champagne bottles and floral chandeliers, other celebrities adopted the swanky venue for play dates. “The first one that I went to is when I met one of my best friends Selma Blair’s baby for the first time,” said Jaime King. “I brought my kids today so they can all hang out together.”

Among the childless guests, getting together for giddy party chatter fueled by unlimited bubbly caused them to overlook the action on the field. “You know, I actually took a minute to watch what was happening,” Caroline Vreeland said. “The sport is really sexy.”

Those who came with intentions to watch and root for Figueras were Ashley Madekwe and her clique of Cara Santana and Aimee Garcia along with Nina Dobrev and Victoria Justice, who threw the ball for the match.

No matter how much time the starlets actually clocked watching the match, they all rushed off the white couches through the white picket fence to stomp the divots during the break. “I did, like, four,” Lauren Conrad said. “I don’t know that I was super productive out there, but I really did make an effort.”