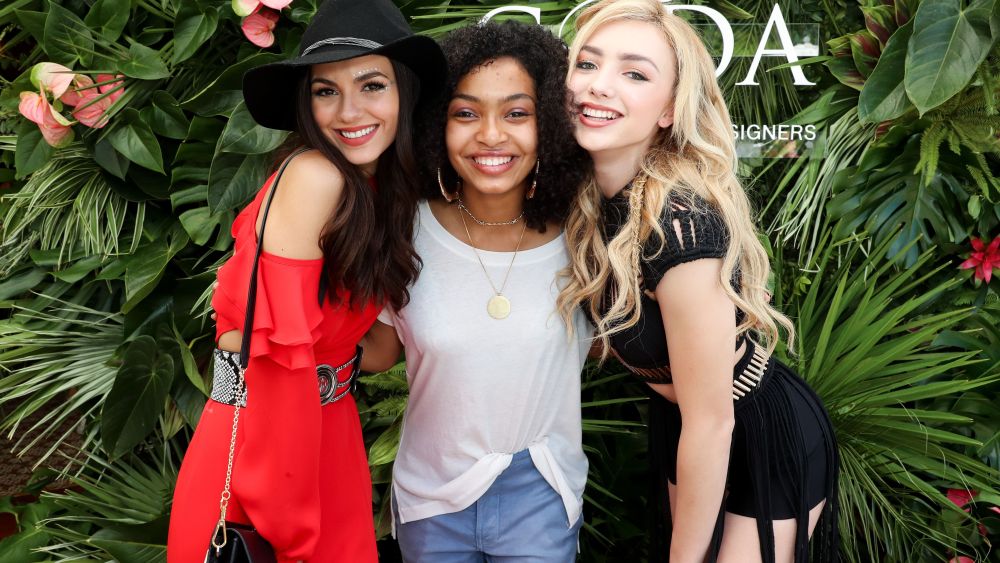 While late-night Coachella 2017 revelers were still hitting the snooze buttons on their alarm clocks on Saturday morning, a bright-eyed fashion set was clinking glasses at the Colony Palms in Palm Springs, toasting the third annual Popsugar and CFDA brunch with Los Angeles-based host designers Emily Current and Meritt Elliott of The Great, and Clare V.’s Clare Vivier.

“I figured if I was ever going to do Coachella, coming with Popsugar would be the best way,” said the desert festival newbie, who wore white frock from The Great, paired with a Madewell bag. “I knew I would have a lot of fun and see friends of mine. Also I am a big fan of Kendrick Lamar and Lady Gaga,” she added, lamenting a pregnant Beyonce’s decision to postpone her performance.

Hosts Current and Elliott, however, had no plans to hit the festival grounds during their time in the desert. “We were reminiscing that we went years and years ago before it became as popular as it is now,” explained Elliott. “We have fond memories of it, so now I am going to go ahead and freeze that as my Coachella experience.”

CFDA president and chief executive officer Steven Kolb also shied away from the idea of taking in any performances. “In my internal conversation I’m like, ‘Oh, I should really go and experience it.’ But then I think when I am there, I am going to be so miserable,” said the New Yorker, who arrived in Palm Springs on Friday, for his first visit in 25 years. “We’ve had a partnership with Popsugar for a very long time. Every year when I don’t go, I always hear how amazing it was. I finally felt like it was time to come out and see for myself.” His alternate motive for coming to the event? “Clare asked me to wear a T-shirt from her line,” he said with a laugh, pointing to his look, a collaboration between Vivier and the Beastie Boys’ Mike D. “I’m here, modeling.”